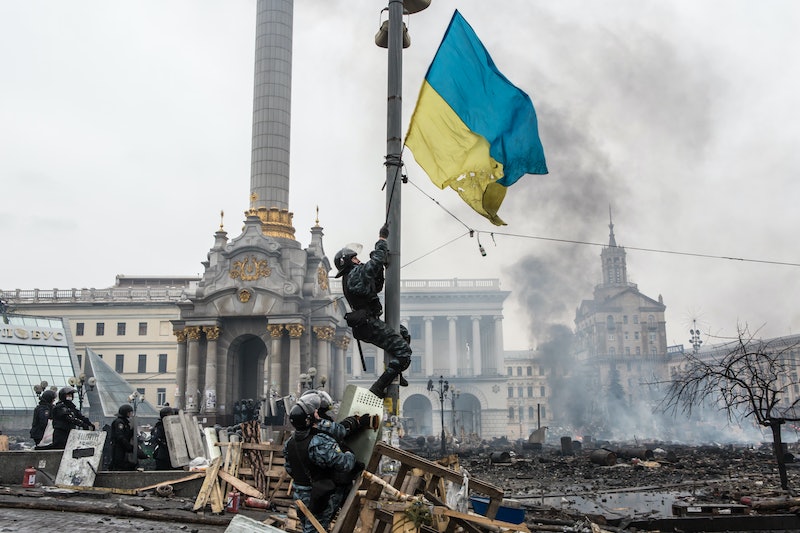 Negotiators in the quarreling country might have reached a tentative ceasefire agreement in Ukraine, The New York Times reported Tuesday, which could mean at least a temporary end to the fighting that has ravaged the eastern part of the country for the past several months. There were conflicting reports, however, over the terms of the agreement, and whether one had been reached at all, according to the Times. The fighting between Ukrainian troops and rebels who support Russia, has gone on despite a September ceasefire.

A summit held in Minsk, Belarus, with leaders from Russia and other European nations, did not appear to be yielding many positive results as of late last week, The Washington Post reported. The talks centered around reinstating the ceasefire, according to the newspaper, but were marred by the sharp divisions between Russia and Germany & France. There were several key issues that presented stumbling blocks, such as how much territory the rebels would control under any new agreement, the Post reported.

Ukraine, which shares two borders with Russia, became independent in 1991 after the Soviet Union fell. After the 2014 Winter Olympics in Sochi, Russia annexed the Crimean Peninsula region of Ukraine. For the better part of the past year, Russia and Ukraine have battled over Crimea and the rest of the border areas.

While the Minsk negotiations continue, President Obama was holding off on whether to send weapons to Ukraine, The New York Times reported Monday. Most American allies in Europe believe arming the Ukraine in a prolonged battle against Russia would only make matters worse.

Even though the rivalry between Ukraine and Russia dates back more than a century, the root of the current conflict between the two countries is a failed trade agreement, CNN reports. In late 2013, then-President Viktor Yanukovych backed out of a trade agreement with the European Union, which would have allowed it to become an EU member. This led to protests from Ukrainian citizens, who believed Yanukovich caved on the trade agreement because Putin offered to buy $15 billion in debt from the Ukrainian government and cut the price of natural gas.

More than 5,000 people, many of them civilians, have been killed in the crisis, with more than 200 people killed in January alone, according to the United Nations.