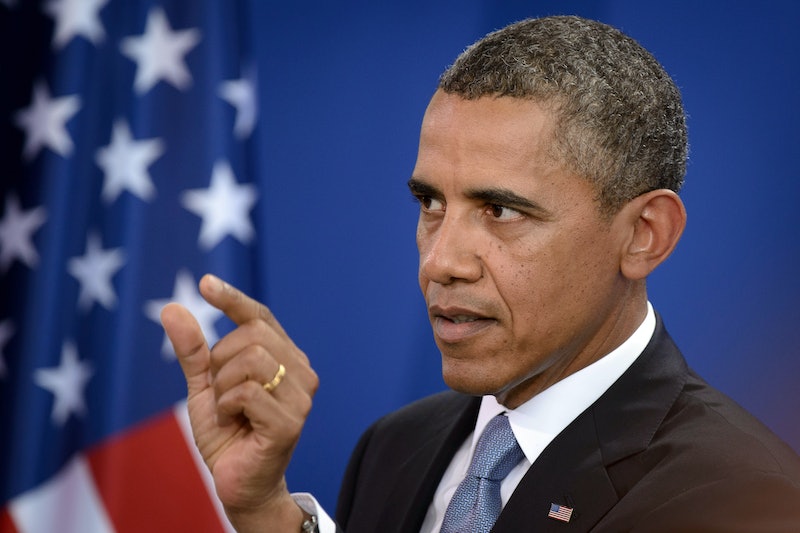 President Obama proposed nuclear arms reduction for the U.S. and Russia in Berlin Wednesday. The president had already called on Russia to reduce its number of nuclear warheads on Monday, and elaborated on his plan for mutual arms reduction at the historic Brandenburg Gate.

"As long as nuclear weapons exist, we are not truly safe," Obama told the crowd in Berlin. The presdient promised the U.S. will reduce its nuclear weapons by "up to a third" if Russia negotiates to do the same.

No word from Russia yet as to whether or not they're also game to put the Cold War further into the past. Relations are tense between Obama and Russian President Vladamir Putin following the G8 summit in Ireland this week. Putin refused to stop supplying Syrian leader Bashar al-Assad with weapons, as the U.S. announced last week it will now be supplying rebel forces.

Whether they agree on Syria or not, Obama is sure to try to put the pressure on for nuclear disarmament—for both moral, and financial reasons. According to The Ploughshares Fund, the United States is currently on track to spend $640 billion dollars on nuclear weapons over the next decade.