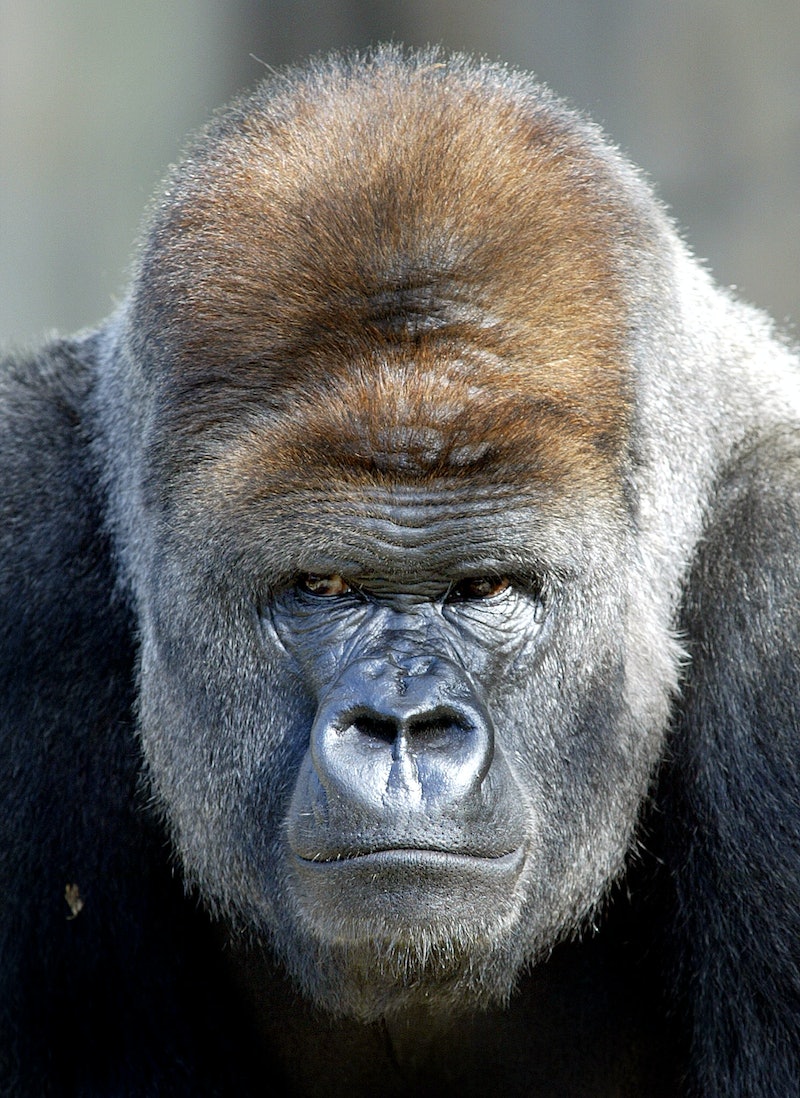 Christophe Courteau was just minding his own business when he suddenly got punched in the face by a drunk gorilla. No, literally punched by a gorilla. Luckily, he got the shots to prove it. The French wildlife photographer ran into trouble while taking pictures of a group of silverback gorillas in the Volcanoes National Park, in Rwanda. Apparently, gorillas can get drunk while eating bamboo; the stems ferment in their stomachs, producing alcohol, and causing symptoms of intoxication. (Why can't that happen to me when I drink green juice?) Courteau caught the attention of the group’s inebriated alpha male, a 250-kilogram (550-pound) colossus named Akarevuro. Courteau described what happened next to Caters News Agency:

All the members of this family were quite excited on this day, probably due to the consumption of the bamboo stems, which cause the gorillas to become extremely drunk and excitable. Suddenly, Akarevuro, who was stood close to us, just ran at me, but I could not move away as I was taking photos on my knees. In less than a second, he was on me, and strongly hit me like a rugby player.

In the brief moment before Akarevuro’s punch landed, Courteau managed to snap a picture of the gorilla’s clenched fist. Fortunately, the photographer was not seriously injured, though he now sports a small scar on his forehead. Considering the size, strength, and drunkenness of the gorilla, things could have turned out much worse; as it was, Courteau says of the incident, “it was like being hit by a train.”

Check out the lucky photo—or extremely unlucky photo, depending on how you look at it—below. (The pic is slightly hard to read—it helps to know that there is another gorilla positioned directly behind Akarevuro’s fist).