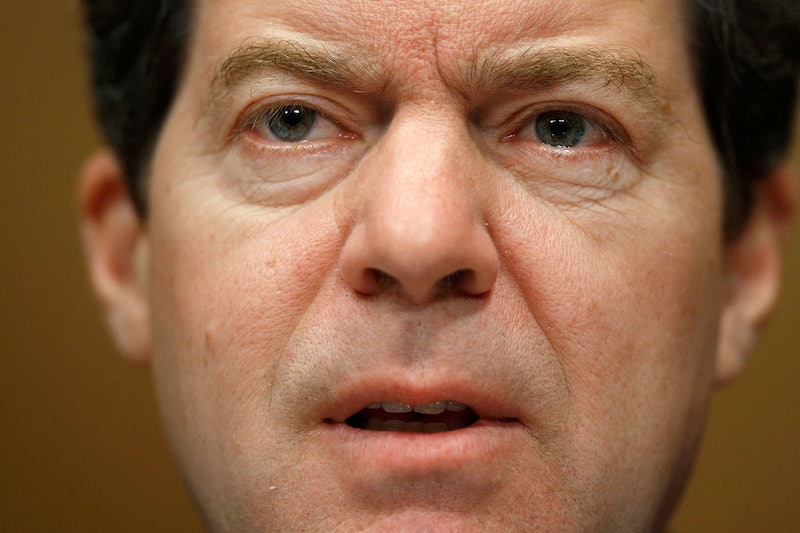 In a surprising move Tuesday, Kansas Governor Sam Brownback (R) opened LGBT and transgender employees in state agencies up to discrimination, dismissal and harassment on the job by rescinding an executive order that offered them workplace protections. Issued in 2007 by then-Gov. Kathleen Sebelius (D), the executive order banned agencies directly under Kansas’ control from discriminating in its hiring and employment practices and mandated that the agencies create anti-harassment protocol. Now that Brownback has removed the employment protections, many employees who identified themselves as LGBT in their workplaces have been placed in precarious positions overnight.

In place of the previous order, the Kansas governor, who faced a tough reelection campaign in 2014, issued another executive order that effectively provides employment protections to all state employees on the basis of race, color, gender, religion, national origin, ancestry or age. The new order deliberately excluded sexual orientation or gender identity.

Explaining his decision, Brownback claimed that the provision of equal rights and protections to the LGBT community should be a legislative decision rather than an executive one. (This, of course, ignores the long-standing tradition of executive orders that later become codified by state legislatures into the statutory law.)

In a statement, Brownback said:

This executive order ensures that state employees enjoy the same civil rights as all Kansans without creating additional 'protected classes' as the previous order did. Any such expansion of 'protected classes' should be done by the Legislature and not through unilateral action.

For LGBT advocates, however, the question is not whether or not gay or transgender individuals should become a special, protected class, but whether or not they can enjoy the equal rights and status of their heterosexual and cisgender neighbors.

Brownback’s decision represents a significant step backwards for progressive advocates. Without warning, LGBT or transgender individuals employed by state government have lost vital protections in their workplace – protections enjoyed by other vulnerable communities like women, people of color and differently abled individuals.

As Doug Bonney, the Kansas legal director of ACLU, told The Los Angeles Times, “This executive order was the only thing in Kansas protecting those people."

Thomas Witt, the executive director of Equality Kansas, issued a statement decrying Brownback’s decision as a political maneuver in the face of the bevy of court decisions supporting gay marriage that has swept the nation over the past year:

This action by the Governor is an outrage. Gay, lesbian, and transgender state employees across Kansas have trusted they would be safe from discrimination and harassment in their workplace but Sam Brownback has, by erasing their job protections, declared “open season” on every one of them. If you work for the state, and have felt comfortable being “out” at work knowing you had protection from bigotry, that protection is gone.

While Brownback might be aiming to score political points by demonstrating his anti-gay credentials for the GOP base — he is also a staunch supporter of the state’s ban of same-sex marriage — removing employment protections from individuals who already fear and face down harassment and prejudice in their workspaces is no simple matter. People could lose their jobs. And those who don’t will still have to get up each day and go into offices where they are not respected because of whom they love. They now know that they can be fired at any point, simply because someone in their office is prejudiced against LGBT or transgender individuals, and the law will offer them no protections.

Sorry, Brownback seems to be telling the LGBT community, better luck next time.