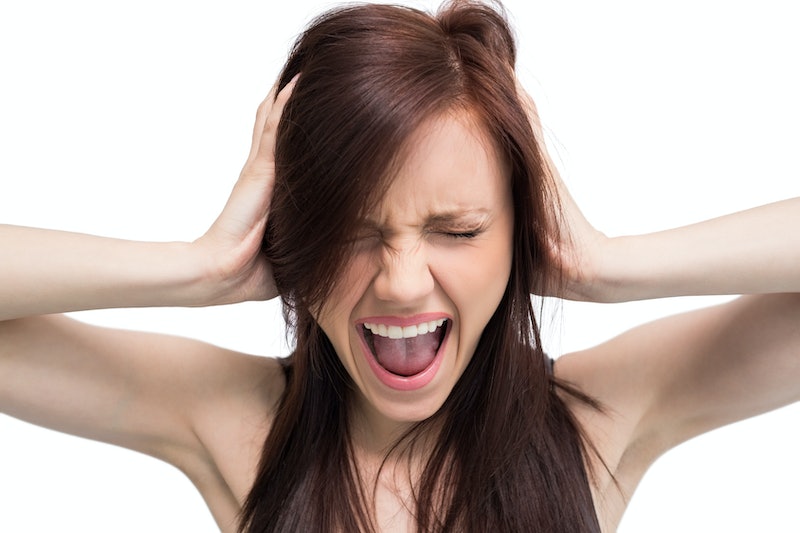 Ah, tampons. What joy of joys! Whatever did womankind do to deserve this easy, dignified way to curb our menstrual flows? To plug our oozing wounds! And the alternative? The wonderful pad, an ingenious take on the child's diaper, designed to siphon the red river's stream! Okay, so menstrual accessories aren't exactly the most romantic products, but I think I've gone a pretty good job making them seem more poetic than they are, sarcasm aside. Aside from them being you know, the source of all life, periods are kind of sucky, and they're not made much better by either having to openly bleed into a napkin or shove a phallic cotton bud up yourself. There's got to be a better way.

But until someone kinds one, we're stuck with what we've got. As Winston Churchill famously said "Tampons aren't perfect menstrual contraptions, but they're the best we've got." Tampons, at first, are terrifying. Eventually, you get used to them. So used to them they become like an annoying co-worker you gossip and complain about at happy hour with your girlfriends while everyone nods along to say "I know EXACTLY what you're talking about." Here are seven tampon related struggles all women should relate to.

1. Pooping with a tampon in

The worst thing that can happen to a woman is this: She puts in a fresh tampon and immediately needs to poop. It's a heartbreaking moment because you know you just basically wasted a perfectly good tampon; The second you let your ass go and start pushing, you're going to end up pushing that tampon straight out too. Clenching your vagina muscles while relaxing your butt muscles is like making your eyeballs look in opposite directions—impossible. The second you feel a poop coming, you know it's over for you and your tampon.

This one mostly applies to women who aren't from the United States, which includes me, so I'm mentioning it: WHAT IS UP WITH APPLICATORS? The rest of us have been pushing tampons in with a finger since we were 14, but you guys have invented a whole injection-style infrastructure that is not only decidedly environmentally unfriendly, it's also really hard to use. I will never understand why applicators even need to exist.

3. Peeing on the string

The second worst thing a woman can do (other than pooping, of course) is pee all over the protruding tampon string. Even if you try to absorb it with toilet paper, it's too late—the string is wet. If you don't have another tampon handy, now you have to pull up your underpants with the wet string in there, and walk around knowing your peed on tampon string is now moistening your knickers too.

And then you can lose the string all together. (I'm just now realizing that the string is, by far, the most problematic part of the tampon.) Don't fear: Your tampon cannot get sucked up into your uterus, despite what your worst nightmares look like. It's not going past your cervix, so you don't have to fish around too deep it order to pull it out if the string goes missing. Although the sentence "fish around too deep" in reference to your vagina probably isn't all that appealing.

5. Forgetting there's one in there

You'd be hard pressed to forget about your tampon on a "heavy flow" day (hello, leakage), but on a day where your period is light, you might put your tampon in the morning, and then suddenly, there you are, bolting upright in bed the middle of the next night realizing it's still in there and you just totally forgot about it. After removing it, you'll be unable to get back to sleep, worried that toxic shock is now happening to you, even though you've never actually heard of it happening to anyone. (Side note: You're pretty much always in fear of toxic shock syndrome if you use tampons, again, even though you've never heard of it happening to anyone in real life.)

6. Getting a tampon in on the last day of your period

When the river starts to run dry, pushing a tampon up in there is like... well, you know. It's just like pushing something hard into a hole with no lubrication. Unpleasant.

7. Trying to find a way to sexily get it out before sex

In the heat of the moment, there's absolutely nothing you can do to discreetly and sexily remove a tampon. If you don't want to be pulling it out in front of your lover, you'll have to excuse yourself and head for the bathroom, the delay associated with which can be a mood killer. But I guess less of a mood killer than a dangly, bloodied piece of cotton on a string smearing across your thighs as you pull it out. Really makes you feel sexy, huh?