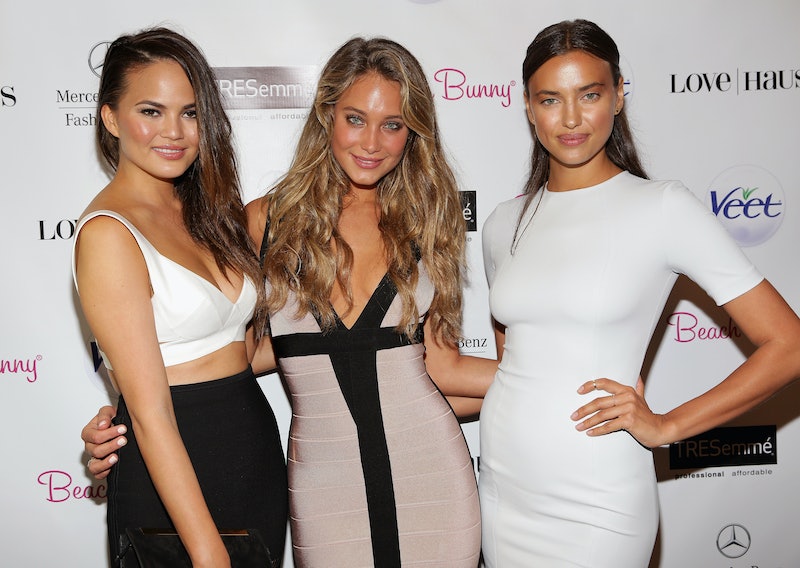 This year's Sports Illustrated Swimsuit Issue is probably the most buzzed about edition in the history of the publication. Aside from the controversial cover shot (that showed just a little too much down low) featuring cover star Hannah Davis, the spreads inside the issue feature some of the most beautiful ladies on the face of the earth. While the supermodels clearly look flawless in their string bikinis, they also know how to glam it up in style when hitting the red carpet. Sports Illustrated swimsuit models celebrated the launch of the 2015 swim issue in NYC on Tuesday — and each glorious outfit was better than the next.

SI veterans, rookies, and It-girls alike brought their A-game, sporting an alluring mix of crop-tops, jumpsuits, bright colors, and lots of sparkle as they showed off their notoriously chiseled physiques. One trend that was definitely evident throughout was matching top and skirt separates, worn by veterans Gigi Hadid and Nina Agdal. Another common theme was jewel-encrusted pieces, seen on cover star Hannah Davis and long-time Sports Illustrated pro, Chrissy Teigen.

Although all of the ladies looked amazing, I have to award the Best Dressed crown to 19 year-old Gigi Hadid, who definitely stood out amongst the rest in something different. Let's take a look at all of the best outfits from the 2015 Sports Illustrated Swimsuit Issue launch party.