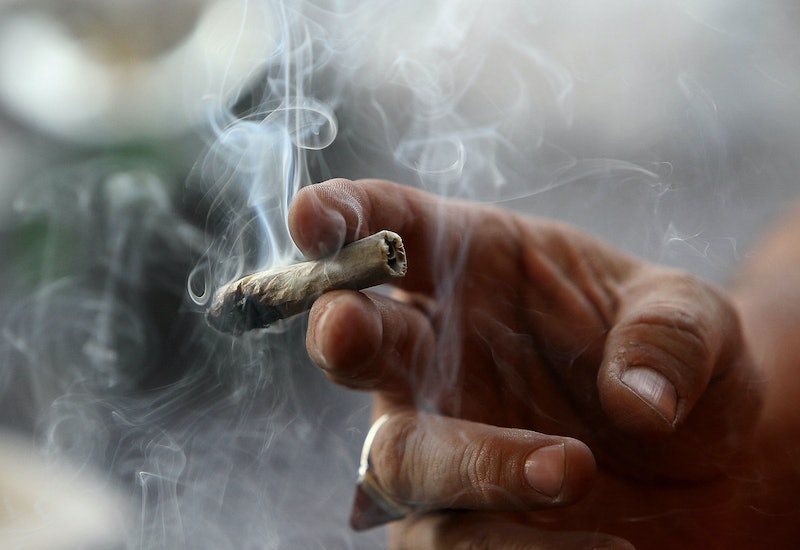 Of the more than 16,000 people who applied for welfare benefits in Tennessee, only 37 tested positive for drug use since July of last year after the state implemented its new drug-testing policy for residents seeking to access public support under the Families First program. That’s a whopping 0.2 percent of welfare recipients. The figures, recently released by the Department of Human Services, sharply diverge from the stereotypes of the low-income, drug-using welfare queen that seem to motivate lawmakers looking to introduce drug testing into the public assistance system. Although Tennessee has not disclosed how much taxpayer money the state spent on conducting the new testing regime, it seems reasonable to suppose that the program might be costing the state more than it is saving from denied benefits.

Tennessee should have known better. The empirical record for states that have tried to introduce drug testing for welfare programs has been anything but sound. In Utah, for example, a similar testing regimen caught only 0.25 percent of applicants that tested positive for drug use. The state spent $30,000. Likewise, in Florida, the drug use rate topped out at only 2 percent of welfare applicants and cost the state more than it saved. Later, a federal court threw out the entire testing standard as unconstitutional. Virginia ultimately ended up discarding its program after researchers tabulated the costs at $1.5 million and the savings gain at a measly $229,000.

Hedy Weinberg, the executive director of the ACLU of Tennessee, criticized the state legislature for barking up the wrong tree when it came to combatting drug abuse:

You are requiring more than 16,000 people to be screened for drug use based on the assumption that people who receive public assistance are more likely to use illegal drugs. There's no evidence to indicate that's true. We support the need to combat drug addiction, but if the state truly wants to combat addiction, they should use their resources to fund drug treatment programs rather than blocking access to public benefit applicants, because we're talking about providing for families.

In each of the three states, the percentage of welfare recipients who tested positive for drugs was far below the percentage of the average population that regularly partakes in drugs. In Tennessee, about 8 percent of the state uses drugs — a number that far outpaces the 0.2 percent of welfare applicants. If we are concerned about drug abuse and those most likely to fall into destructive addictions, social scientists have told us, we shouldn’t be sorting people by income level but by age.

Harold Pollack, a social scientist and professor at the University of Chicago, studied drug use among welfare recipients back in the early 2000s. He found that while those people on public assistance did use drugs casually at rates consistent with the general population, drug use wasn’t the biggest problem preventing them from becoming self-sufficient. Depression, physical health issues, and a lack of educational opportunity all were more cumbersome for low-income individuals seeking to pull themselves out of poverty, Pollack discovered. Even among those welfare recipients suffering from substance abuse, the most common Achilles’ heel was alcohol, not drugs. When he looked at the more recent data from 2011, Pollack found the same to be true about people on public assistance today. He noted:

Much of the conversation about drug testing of welfare recipients reflects nasty stereotypes with flimsy empirical validity. It strains credulity to believe that we’d demand hair or urine samples from a more influential set seeking public help. It’s tough to be a single mom living on a few hundred dollars a month, Medicaid and food stamps. These women deserve better than they are getting.

Yet the rhetoric and the momentum behind adding drug-testing requirements into the administration of welfare programs remain strong as ever. The National Conference of State Legislatures reported that at least 29 state houses have introduced bills requiring some form of drug testing in the past year. Maine is set to implement its drug-testing scheme this year, and Texas lawmakers are again pushing to codify a three-strikes-and-you-are-out system that would make someone permanently ineligible for any public assistance if they failed three drug tests.

To promote these efforts, lawmakers portray poor people as chronic drug users who will funnel tax dollars into their drug habits if we let them. In doing so, these (generally GOP) legislators can skirt the myriad of problems that poor families face in just putting food on the table and paying for general expenses — problems that their legislative agenda does little if nothing to address.

In fact, the demonization of the poor as drug users has often served as little more than a smokescreen for lawmakers seeking to cut back on welfare programs and public assistance for low-income families. The same Republicans who tried to add drug-testing requirements into the federal food stamp program in 2013 were the ones who have consistently tried to lop off tens of millions of dollars from the program's funding (and at a time in which food insecurity remained a serious problem).

Elizabeth Stoker Bruenig at The New Republic puts it nicely:

Drug testing is strictly a punitive measure, a tax on the poor levied as a penalty for their poverty. For the rest of us who are, in fact, on multiple forms of welfare, there is no such intervention.