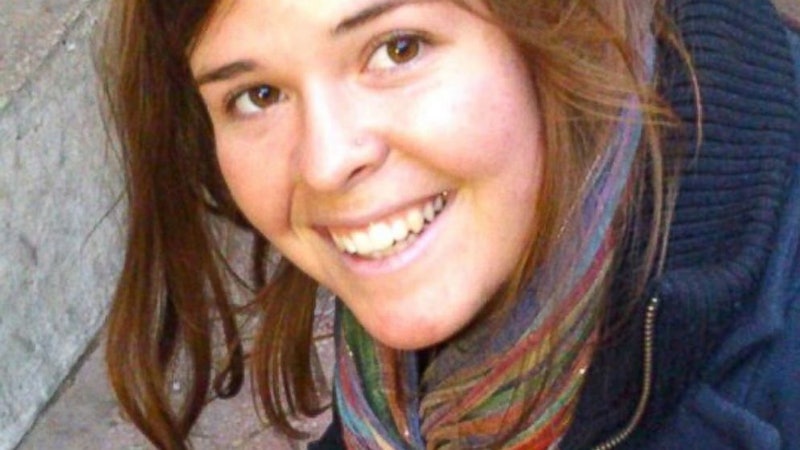 Days after the Islamic State declared Jordanian airstrikes had killed American hostage Kayla Jean Mueller, the Pentagon announced it believed ISIS had actually killed Mueller. The Islamic State prevents women from participating in activities like combat, but rapes and murders others in conflict zones — utterly violating the laws of Islam that forbid harming women. Terrorism experts say militant groups' choice to kill anyone, male or female, rests on several factors, including the reputation of their group and their personal decision.

“The Quran is explicit about not killing women and children; in principle, none of the jihadist groups should be shooting women,” says Mia Bloom, a professor at the Center for Terrorism and Security Studies at the University of Massachusetts, Lowell. “The reality is that they do it all the time.”

On Monday, Pentagon spokesman Navy Rear Adm. John Kirby told the Associated Press that there was “no doubt” the Islamic State killed Mueller, adding the caveat that he was still unsure as to how she died. On Wednesday, President Obama asked Congress to authorize war powers against ISIS.

The 26-year-old aid worker, who had dedicated her life to helping others through service work in the U.S. and abroad, was captured by ISIS in 2013. On Feb. 6, the terrorist group said Mueller had been killed when Jordan launched an airstrike on the Islamic State in retaliation for brutally murdering one of their pilots.

“We are heartbroken to share that we’ve received confirmation that Kayla Jean Mueller, has lost her life,” her parents, Carl and Marsha Mueller, wrote in a public statement. “We are so proud of the person Kayla was and the work that she did while she was here with us. She lived with purpose.”

Mueller is not the first woman to die at the hands of Islamic terrorists this year. The precise figure has not been formally tallied, but women have been killed by groups like Boko Haram in Nigeria, and the gunmen of the Charlie Hebdo attack in Paris.

Several passages from the Quran point to the condemning of killing non-combatants in battle, including a point when Mohammad spots a dead woman on the battlefield and chides the action. "Neither kill a child, nor a woman, nor an aged man," says the Quran, when Abu Bakr gives specific instructions to his army heading into battle. Despite the calls to spare women from violence in war, some Islamic terrorists continue to ignore this rule.

On Jan. 7, Islamic terrorists stormed the offices of the French satirical newspaper Charlie Hebdo and killed 12 people. Sigolène Vinson, who survived the attack, was crawling away from the gunfire in the newspaper office when she was grabbed by a gunman and told that she would be spared because she was a woman.

“The basic rule is you’re not supposed to go after anyone incapable of fighting, including women, children and the elderly,” says William McCants, director of the Project on U.S. Relations with the Islamic World at the Brookings Institute. “But jihadists routinely violate that.”

Terrorism experts say Islam calls for a separation of women, children and the elderly during times of war, but the choice of whether to kill someone or not can be centered on the individual. While one Charlie Hebdo gunman told his counterparts not to kill women, two were murdered that day — Elsa Cayat, a psychoanalyst and columnist for publication, and policewoman Clarissa Jean-Philippe.

“Most [terrorists] have a warped sense of their place in history, and these guys seem to be motivated by rage, religious ideology and they may have had some skewed perception of how they were going to viewed or wanted to be viewed,” says James Forest, a professor at the Center for Terrorism and Security Studies at the University of Massachusetts, Lowell. “Murder is murder and at the end of the day, if you kill a person of one gender or another, it’s still murder.”

The Warped Justification Of Fundamentalists

McCants echoed the sentiment that terrorists make a choice to kill women, but one apparently based in the belief that Islam was in danger. In the Quran, Mohammad is satirized, and later orders that person to be killed. At the time, Mohammad was living in a community that was under constant threat of alienation. While it was an extreme measure to take, it was during very difficult times.

“[Islamic militants] share a commonly held view that Islam is under threat, and if you buy that view, then you can make all sorts of exceptions no matter what prohibitions there are in Islamic law,” says McCants. “They are happy to disregard other laws because [they believe] Islam is in dire straits.”

But the personal choices of the gunmen are not the only variable. By making such a statement, the gunman may have wanted to influence the way they, or their group, were seen by the world.

“No matter the perception, it’s a choice more than anything else,” says Forest.