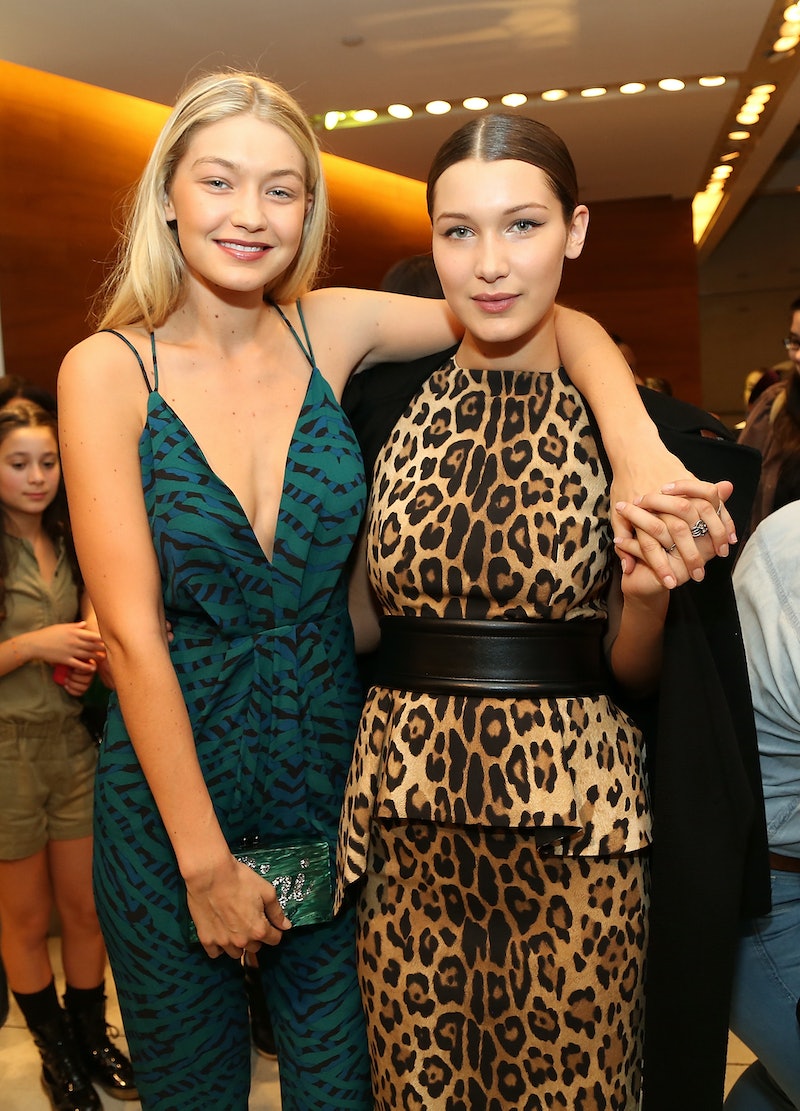 I've always known I wanted a sister, but I think I'd like to revise that wish by saying I want a model sister. (OK, so I'd be a model too, but this is my dream world so what I say goes, right?) Gigi and Bella Hadid appeared together in a fun shoot for LOVE Magazine's newest issue, and they're giving me some serious sibling envy. Not that I don't love my little bro, but how sweet are these sisters?!

I mean, I don't want to say I discovered Gigi and Bella, but I had the feeling that they were going to be big since the moment they showed up on Real Housewives of Beverly Hills with mom Yolanda Foster, who is a cast member on the show (and also the only person who could have made the spread even better.) So maybe I didn't scout them — after all, Gigi's been modeling for Guess since she was just a tot — but I do feel a certain pride when I see them doing awesome things, especially together.

The best part? The girls didn't know they were being paired up for the Issue 13 shoot — their agents kept it a secret from them, according to Fashionista. How cute is that? Almost as cute as this photo...

As jealous as it makes me, it's so fun to see the pair doing what they do best together. Here are six other sets of model siblings who should follow suit and shoot together (or do it again if they're one step ahead of the Hadids.)

Suki's little sis Immy signed with Next Models back in November, and the pair recently stunned in a siblings shoot for Vogue.

Lottie followed in her famous much-older sister's footsteps by recreating one of Kate's iconic Calvin Klein shoots in a campaign last summer.

Cara may be the more well-known model of the family (she is, after all, an #Instagirl,) but Poppy (left of Cara) was discovered in 2008, a year before her little sister.

This one was unexpected. Who knew the Victoria's Secret Angel had a fellow model as a sister? (It's not unbelievable, though — obviously, gorgeous genes run in the family.)

Georgia May and Lizzy Jagger

Another surprise on the list. Georgia May's big sister has modeled for Tommy Hilfiger, Lancôme, and Mango.

The sisters have, in fact, already modeled together, and considering LOVE's undying adoration for the Kardashian-Jenner clan, a shoot for the high-fashion glossy seems like a natural next step.