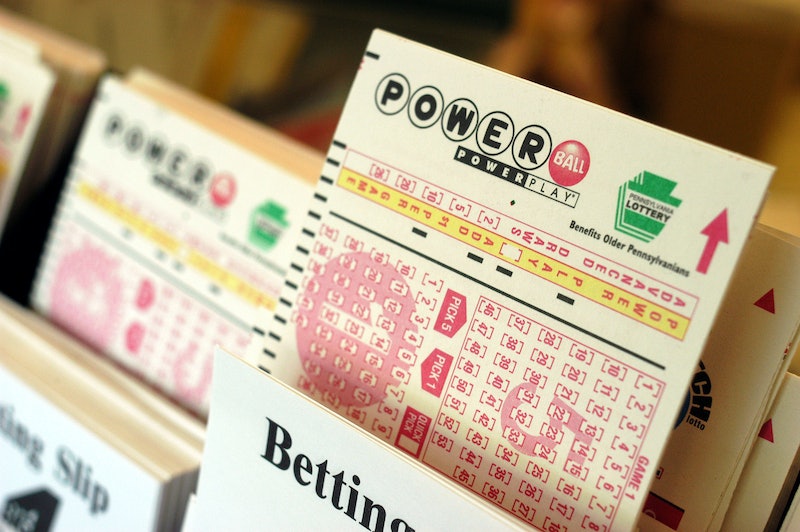 Later this evening, numbers will be drawn for the Powerball, whose $500 million prize is the fifth largest jackpot in U.S. history. The last person to win the Powerball was someone who, oddly enough, had never played the game before. Washington resident Lisa Quam was an avid scratch-off fan who just happened to buy a Powerball ticket with her husband over Thanksgiving. Since Quam's victory, numbers have been drawn for the Powerball 20 times, producing no winners. This dry spell has helped the jackpot steadily climb to half a billion dollars.

The largest payout in history trumps that number by $150 million and came courtesy of the equally popular Mega Millions lottery game. Where the Powerball requires guessing a total of six numbers — five numbers plus a special Powerball number — Mega Millions draws just five. Three winners emerged following a $650 million drawing in 2012. Two of the three winners chose to come out of obscurity and into the limelight: a group of friends known as the Three Amigos from Maryland and a retired couple from Illinois. The third winner from Kansas chose to remain anonymous, which is perfectly legal in that state as well as five other states. All plan on helping family members with financial obligations, from helping send their kids to college to assisting their grandchildren.

The second largest jackpot happened to be another Mega Millions jackpot, valued at $648 million in payouts (or about $347 million in cash). Two winners emerged in the December 17, 2013 drawing: Ira Curry from Georgia and Steve Tran from California. Of the two, only Tran disclosed one of the ways he'd like to spend the money, which was to take a lengthy vacation.

The largest Powerball jackpot — and third largest overall U.S. jackpot — totaled $590.5 million. The winner was an 84-year-old woman from the state with the most Powerball victories, Florida. Gloria MacKenzie was the sole winner of the May 18, 2013 drawing, opting to take a lump sum of $370.8 million. She has since donated $2 million to her former high school for roof repairs and purchased a $1.2 million estate in a Jacksonville gated community.

The fourth largest U.S. jackpot was a full $87.5 million more than tonight's Powerball. A winner from Arizona and a winner from Missouri picked the six winning numbers of the Nov. 28, 2012 Powerball drawing. The Arizona winner split a jackpot of $587.5 million with the Missouri winners, Cindy and Mark Hill, who said they were planning to spend more time with their family.

Mathematically speaking, just one half of a percent of the overall $500 million jackpot is a whopping $2,425,000, which is what I plan on collecting in a Twitter agreement with a friend of mine who's convinced he'll win big since suffering an incredibly rare ankle injury. His odds for tonight's Powerball drawing are 1 in 5.15 million. According to the Powerball website, that's a nearly 18 percent chance of picking the winning numbers. Find out if you beat the odds or if I end up $2.4 million richer during tonight's drawing, which will be held at 10:59pm EST.

More like this
'Survivor' Host Jeff Probst's Salary Per Season After 22 Years Is The Real Winner
By Hugh McIntyre
Where Is Former Bachelor Host Chris Harrison Now & What Is His Net Worth?
By Hugh McIntyre
TV Schedules Undergo Major Changes For The Queen's Funeral
By Sam Ramsden
How To Apply For 'Survivor' & Tips On How To Get Cast
By Meg Walters
Get Even More From Bustle — Sign Up For The Newsletter