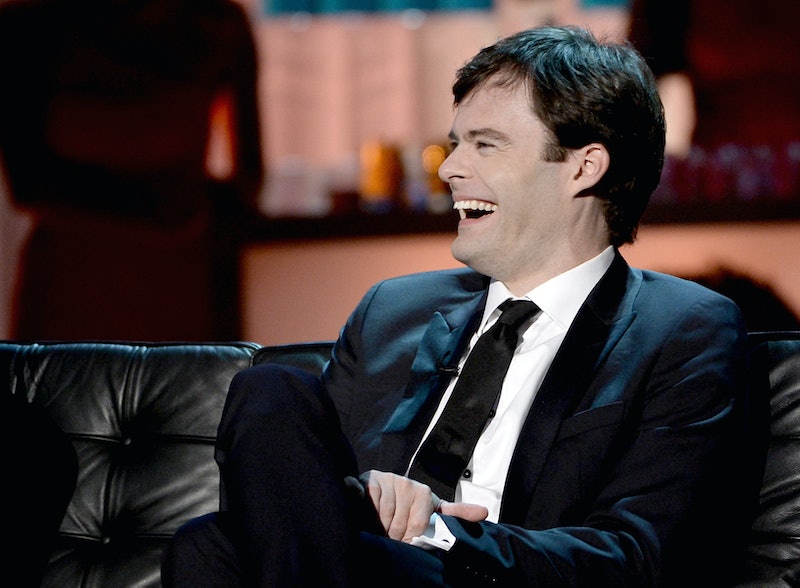 The first trailer for the Judd Apatow-directed Amy Schumer-written Trainwreck premiered today, and among other things (my love of Schumer among them) it reinforced my fervent belief that Bill Hader is an underrated gem of an actor. (Go see The Skeleton Twins right now if you don't believe me. Go on, I'll wait. ....Did you go see it? Good.) Now that that's done, let's watch a new video in which comedian Dana Carvey does a bit in which he impersonates John Lennon and Paul McCartney talking about Kanye West, and Bill Hader absolutely loses his mind cracking up about it. Watch it, enjoy it, love it — if only because the beauty of Bill Hader cracking up at things could probably power a small, very happy city.

Hader, much like former Saturday Night Live co-star Jimmy Fallon, has a history of cracking up publicly and gloriously. It was evident in practically every Stefon moment on Saturday Night Live. For a comedian he's really quite bad at holding his laughter in — and honestly, I wouldn't have it any other way. It's never not delightful when he lets loose, and it's part of what's making me look forward to the Trainwreck press tour: You can bet someone (probably Amy Schumer) is going to say something to set Hader off. And it will, invariably, make my day.

Or when he could not control himself during Andy Samberg's bit:

And this Coal-Miner SNL is mainly memorable because of how Hader starts losing it once he picks up those baby carrots:

And pick any Stefon sketch and you're golden: 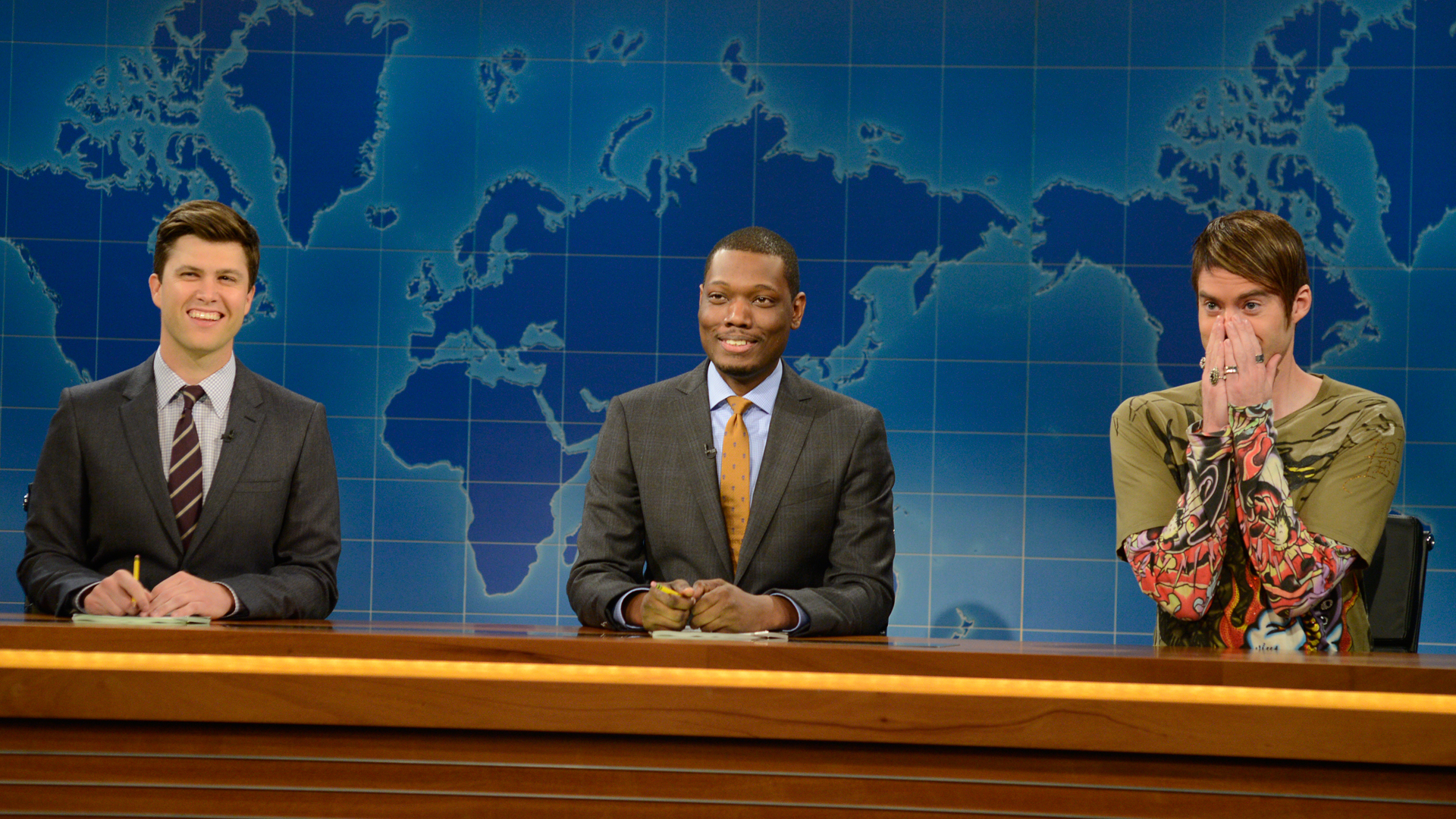 And he and Kristen Wiig cracking up during an interview will power my happiness for weeks: