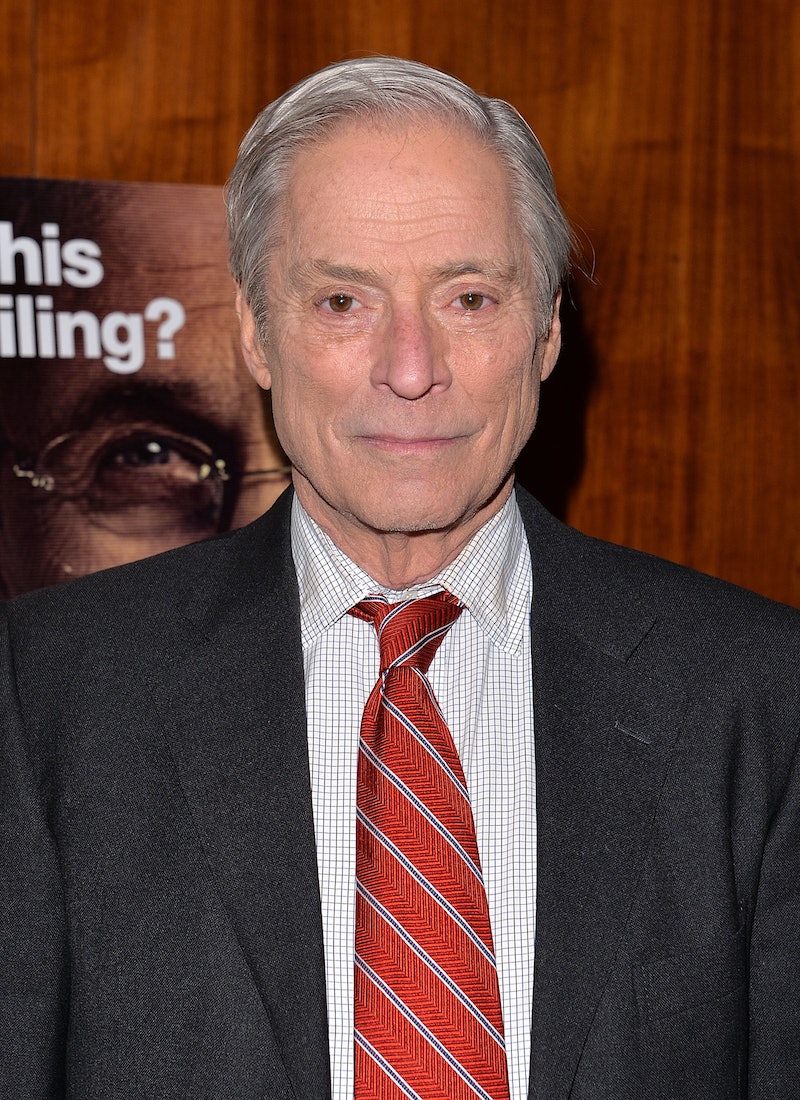 On Wednesday evening in New York City, Bob Simon, a 60 Minutes correspondent, died after the car he was in crashed, CBS reports. Simon, 73, worked for the program for nearly 20 years, though his journalism career spanned more than five decades and 27 Emmys. The foreign correspondent covered so many overseas news stories that the number of awards he's won is almost hardly even enough.

The New York Post reports Simon was in a livery cab that lost control and collided with a Mercedes on the West Side Highway in Manhattan. The cab driver and the driver of the Mercedes were both unhurt, according to CBS.

According to his biography on the CBS News website, Simon first joined the network in 1967 as a reporter and assignment editor in New York, where he was born. Over 10 years, he went to London, then Saigon, then back to London as a CBS correspondent. He spent four years as a foreign correspondent in Tel Aviv before moving to the network's Washington D.C. bureau, and then back to New York. Twenty years after he first joined CBS, Simon returned to the Tel Aviv bureau where he was named the chief Middle Eastern correspondent in 1987. He stayed there for more than 20 years.

CBS says the Emmys that Simon received might be the most held by a journalist for field reporting. He also was awarded several Peabody Awards and the Alfred I. duPont-Columbia University Award, the highest honor for broadcast and digital journalism. Some of the award-winning topics he covered included the world's only all-black symphony based in Kinshasa, Democratic Republic of the Congo; an investigation of the man whose testimony led America into war, American paramedics saving lives after a Pakistan earthquake; and the assassination of Israeli Prime Minister Yitzhak Rabin, among many others. His last Emmy was for his coverage of an orchestra in Paraguay, where the musicians were so impoverished that they fashioned their instruments from trash.

Because of the nature of working as a foreign correspondent, Simon often reported on wars, genocides, and other terrible acts. He was captured by Iraqi forces during the Gulf War in 1991, spending 40 days in Iraqi prisons before his release. CBS wrote in the profile:

Few journalists have covered as many overseas conflicts as Simon and he has paid the price.

But showing the strength of a journalist who wanted to share news with the world, he returned to Iraq in 1993 to report on the American bombing of Iraq. He talked about being a prisoner of war in a video by THNKR.

The talented journalist who truly spent a lifetime dedicated to bringing the public news from abroad met a lot of friends along the way who were devastated at the loss. Anderson Cooper, who worked with Simon at 60 Minutes, told CNN:

Bob was, and I'll tell you it's very hard to talk about him in the past tense, but Bob was for the last five decades, simply one of the best, in my opinion, the best in the world, at getting a story, telling a story, writing a story and making it simply unforgettable.