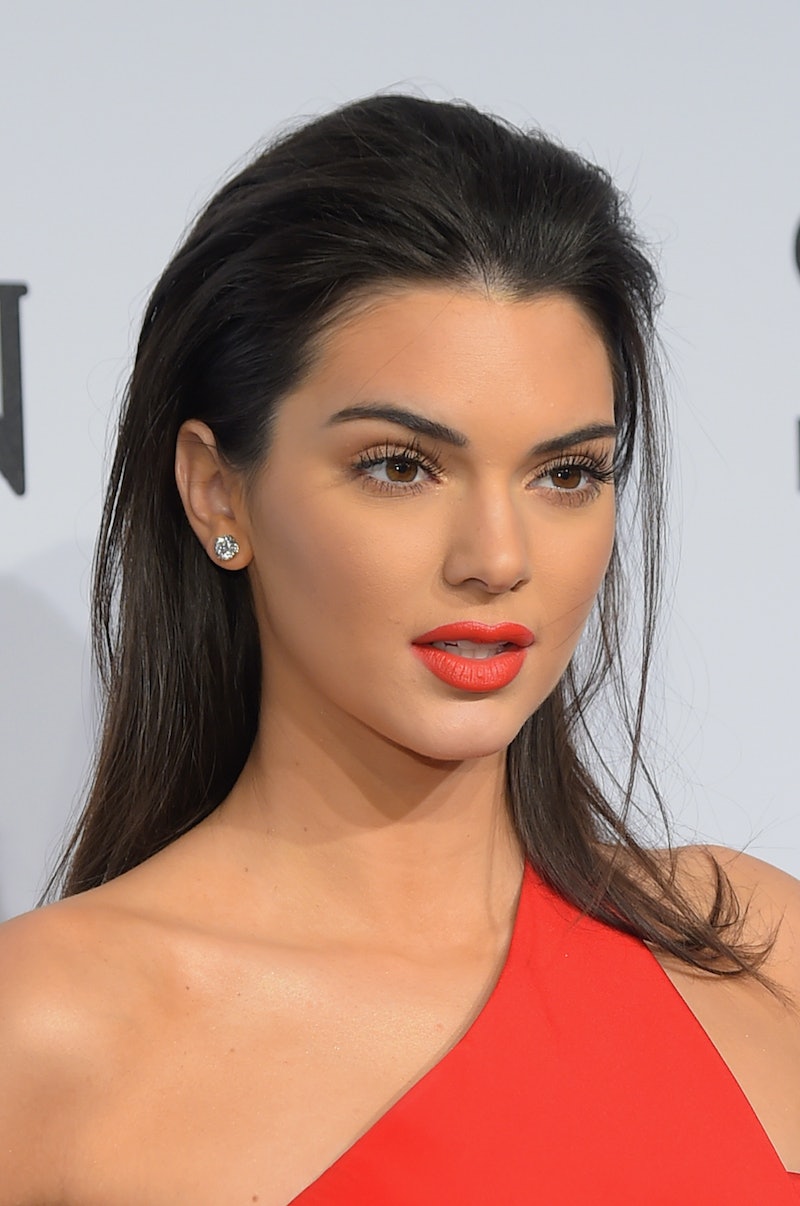 Those are some huge, '80s supermodel x disco queen curls, Kendall Jenner! The model du jour of 2015 just nabbed another maaaaaj mag cover. Kendall Jenner covers the March 2015 issue of Allure with massive curls that had to be created with hot rollers and lots of other heat styling tools! It's very disco era and '80s with its volume and height and it doesn't even look like Jenner, especially with those darkly rimmed and sooty eyes!

Now that I've been looking at it for several minutes, I'm getting a Jennifer Beals in Flashdance vibe from this shot. All she needs is leg warmers, an off-the-shoulder gray sweatshirt, and a bucket of water.

While KJ has been experimenting and tapping into her adventurous and futuristic side with some of her covers as of late, her Allure cover is largely a head shot but it's unusual thanks to that statement coif. It's bigger than she is and I totally love it, since it presents Jenner in a totally different light.

Big hair, don't care. And if you love her eye makeup, it's super easy to recreate. Just grab the blackest pencil eyeliner you can find — MAC Smolder or Urban Decay Perversion work best—and triply line your lower waterline, with increased pressure. Then repeat along the top lash line and smudge with a Q-Tip or your finger.

While the older Jenner sister is undoubtedly lovely, thanks to that killer, soft bone structure, she is rather simple with her signatures, letting her natural beauty be her focus. But there have been plenty of times that Kendall Jenner looked nothing like Kendall Jenner on her Instagram feed or for her job.

Check out these other seven times Kendall didn't look like Kendall.

Do I really even need to say anything?

Okay, yes, this clearly looks like Kendizzle, but that massive, ostentatious nose ring? So. Not. Her. Style.

It's usually Kylie Jenner who does the daring black lipstick thing, not Kendall. It totally transformed her when she kribbed this move from Kylie's makeup playbook.

5. Wishing For Wings That Work

Kendall got her wings. While this faux tattoo was stunning, it was fake. But could you imagine Kendall... with massive ink? Never.

When she walked for Marc Jacobs last year, her visible nipples were much-discussed, but really, it was Kendall's white-washed brows and apparition skintone that rendered her unrecognizable.

Is that Joan Jett? That heavy-banged shag, which she also rocked in Vogue, was intense. I wouldn't know this rock 'n' roller was Kendall!

See, Kendall Jenner can switch it up! She's not as risk-taking or as gutsy as her baby sister, but she does take chances.