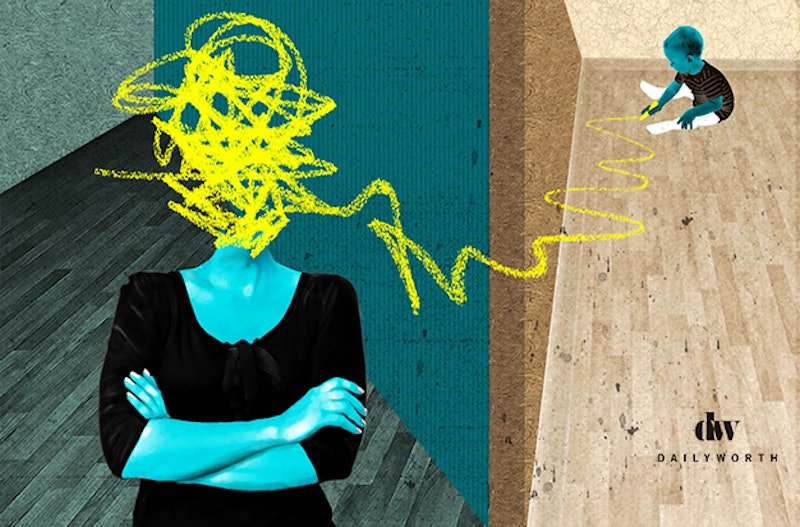 I’ve never wanted kids. I like to joke that I am “more of a dog person,” but when it comes to children the truth is plain and simple: I just don’t want them. And I never have.

I don’t judge those who have one or two or three mini-thems. I don’t even judge my friend who has five. Though I question her sanity and her and her husband’s ability to finance nearly half a dozen tiny human beings, she seems happy being a mom. And her kids seem, well, like kids.

That’s fine for them, but it’s never been right for me. Allow me to explain my reasons.

1. I Need A Lot of Quiet and Alone Time to Feel Sane

Being someone’s mother, from what I have surmised, is a lot like hosting a cocktail party for 18 years: There’s a lot of food prep and cleanup, there’s a lot of chitchat, there are many hours on your feet, and you can’t just leave in the middle of it to take a nap.

I just looked this up: The cost of raising a child in the United States today is $245,000. Take a good, hard look at that figure. Where am I going to get all that money?

Every time a friend of mine has told me she is going to have a baby, my first reaction is “Haven’t you seen 16 and Pregnant?” It’s not that I still feel like a teenager, because I don’t. Most days, I feel as old as I am; I feel the weight of responsibility for decades of choices. But somehow I’ve never felt old enough to be responsible for someone else.

There’s too much I need to learn (Why do people vote against their own best interests? Why can’t light escape a black hole? What is the best way to skin a cat?) before I attempt to teach someone else how to do life. I consider myself and my friends smart, but I still look around at my peers who are parents and think, “How is it even possible that you are someone’s mother?”

4. I Didn’t Enjoy Being a Child

The mythology of my origin is that I came into this world screaming and that I screamed pretty much for three years solid. I don’t remember that, but I can tell you that outside of a few moments of joy — like the Christmas Eve I woke up to discover that Santa had already been to our house — I was not a happy kid. I grew up scared. I had constant headaches and stomachaches. I hated school. I felt dejected and alone much of the time.

Was the root of my misery nature or nurture? I don’t know. But if it’s the former, I’ve reasoned, why would I subject another human being to a gene pool prone to misery? If it was nurture, who am I to think that I could avoid passing on my unease in the world to my own offspring? My ego is not as strong as all that.

5. I Somehow Always Knew How Hard It Is

With one exception, every new mother I know has uttered these words or something like them: “I had no idea it was going to be this hard.” And then I think: “Really? Really? How could you not know?”

I don’t believe in reincarnation, but if I did, I would guess that I was at one time the mother of many, many children — the Roman Empire’s answer to Michelle Duggar, perhaps. I feel like I instinctively comprehend the bone-crushing fatigue of caring for a newborn, the paralyzing fear of losing a child to illness or accident, the frustration of being unable to help when it hurts, and the stress of raising a teen.

Yes, I understand that there is love untold — the kind of love that as a non-parent I cannot begin to imagine. I get that, too. But that idea also seems overwhelming. And for me, it’s just never seemed worth it.

“You’ll change your mind” is something people said to me for years. It’s a common, seemingly innocuous statement, but isn’t it impolite for people to assume I don’t know my own heart or that they know me better than I do?

I am nearly 44 now, and people don’t say that to me anymore. They understand that ship has sailed.

After 20-plus years in the editorial business, Allison Hatfield is taking some time to figure out a new path, which may not be that different from the old path. It's too soon to tell. She has written extensively about weddings, pets, houses, and the things that make the city of Dallas awesome. You can find her very occasionally on Twitter.

You Might Also Like:When He Treats Your Career Like a HobbyIt’s Impossible to Be a “Good Mom”Baller Businesswomen From the 19th Century