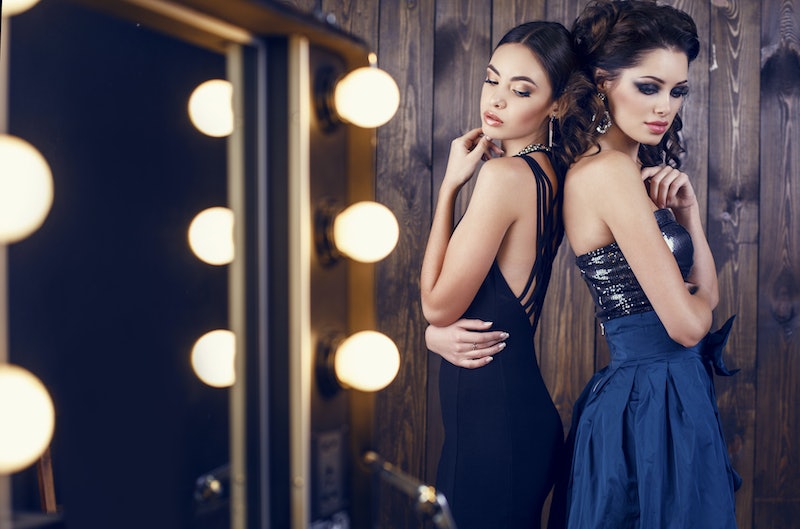 It's often debated whether standards of beauty are social constructs or not; in case you've ever wondered how much other people's opinions affect how hot we think someone is, though, here's some research that might be worth reading. Two scientists — Haiyang Yang of Johns Hopkins and Leonard Less of the National University of Singapore — recently published the results of a series of studies they conducted in Advances in Consumer Research, and the evidence they uncovered points to a pretty clear answer: That is, “a lot.”

The paper, which bears the title “Instantaneously Hotter: The Dynamic Revision of Beauty Assessment Standards” (who says science can't be catchy?), was first presented at the 2014 Association of Consumer Research conference; you can read the extended abstract here, but for the curious, here's the short version. Ready to dive into the crazy phenomenon of “hot or not?”

The researchers conducted three different studies to examine how other people's opinions affect what we think about beauty. Here are the in-a-nutshell versions of each of them:

You can probably guess what the researchers found, right? In the first study, the more exposure people had to each photo's average rating — that is, the more access they had to what everyone else thought about any given photo — the more their judgment of the next photo shifted toward “the average aesthetic taste.” In the second study, meanwhile, the “no-info” group differed more and more from the average aesthetic taste with each photo they rated, developing their own standards of beauty independently. Folks in both the “info-before” and “info-after” groups, meanwhile, both shifted more and more towards the “norm” in their views of hotness the more photos they rated. The third study showed similar results; participants who were exposed to the altered ratings moved away from the actual average the more photos they evaluated.

The conclusion the researchers arrive at is that what everyone else thinks definitely affects how attractive we perceive someone to be. Taken this way, the results of the study support the idea that beauty is a social construct; when we're exposed to what others around us think, we internalize those notions and perpetuate them.

Jesse Singal at The Science of Us brings up an interesting point: Other explanations might exist for why all those hotness ratings lined up with themselves. Writes Singal:

It's possible, Singal suggests, that the explanation could have “more to do with quirks about the psychology of numbers than with actual standards of beauty.”

What all this is getting at is that we have a correlation, but we haven't discovered the causation of it yet. Me? I'm pretty sure the researchers are at least partially correct in their analysis; more research needs to be done in order to get to the bottom of it, though.

Food for thought, no?