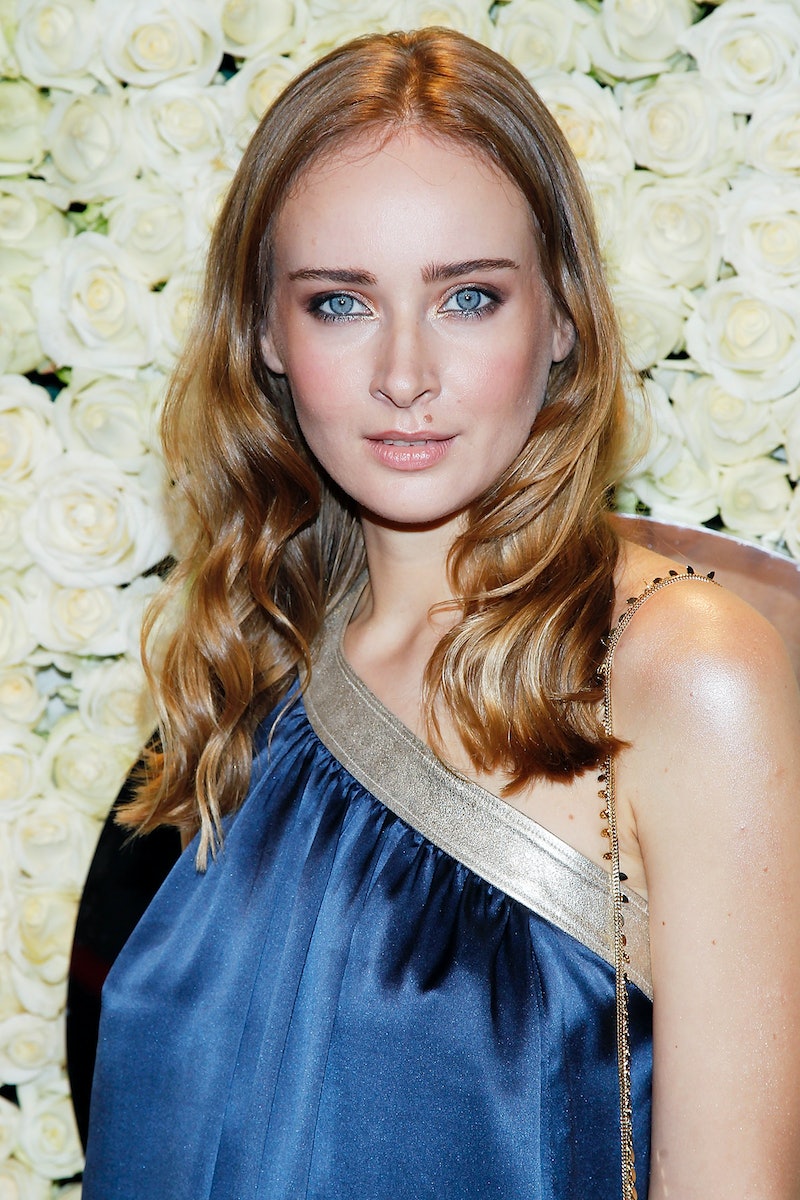 There were so many beautiful gowns at the amfAR New York Gala — after all with NYFW kicking off today, some of the world's most fashionable people were there. There was Vera Wang doing minimalist chic in a black leather gown, Kendall Jenner killin' it in red Romona Keveza, and Coco Rocha rocking perfectly tailored maternity Zac Posen like only she could — but to me, the winner of the night was Olga Sorokina.

If you haven't heard of her before (with all due respect, I hadn't) Ms. Sorokina is, at first glance, a Belarusian model with a name that sounds like it came straight out of Anna Karenina. She moved to the other side of the runway in 2008, when she became Creative Director of French fashion house, IRFE — which could certainly be part of the reason she's so superbly well-dressed.

At last year's gala, it was Coco Rocha who stunned and showstopped in the brand, but this year, IRFE's Creative Director took the fashion mantle upon herself — Sorokina wore one of her own house's designs and the results were pretty darn spectacular. The dress itself was shorter and more casual than most of the gowns, but the silver, star-printed fabric and immaculate tailoring (complete with some truly great pleats) made sure she stood out.