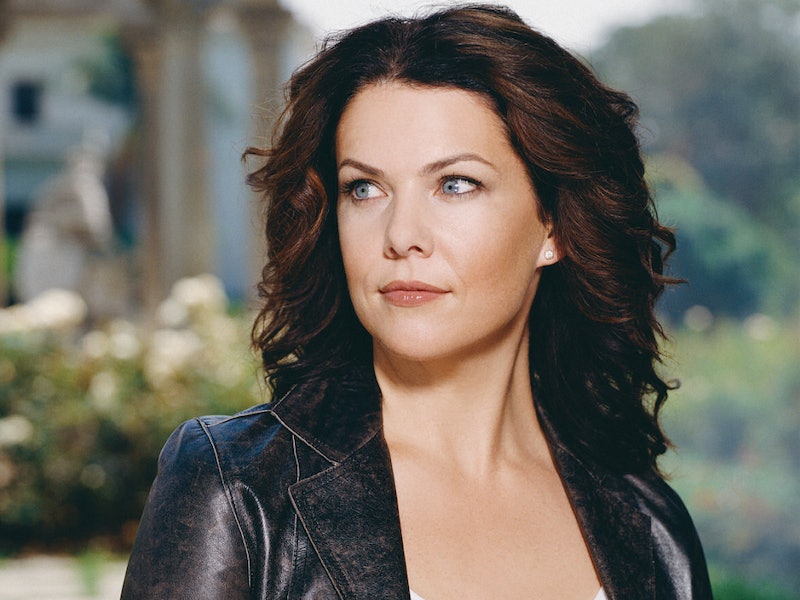 Last Saturday, Gilmore Girls celebrated its 13th anniversary. Seriously: It's been over a dozen years since Lorelai, Rory, Sookie, and more came into our lives and changed them for the better. Thankfully, Gilmore Girls is as alive as ever, due to an endless stream of repeats on ABC Family and the appearance of many of the show's familiar faces in other projects (Gilmore fans have loved Melissa McCarthy for years, thank you very much.) That doesn't mean we still don't miss it, though. There are many things to get nostalgic about from the show, from Lorelai and Rory's banter to Hep Alien to Paul Anka (the dog, not the singer).

One of the things we miss most? Lorelai's feminism. The woman was independent and empowered, opinionated and assertive. As a single mom and a business owner, she faced her share of criticism, but it never stopped her from speaking her mind and pursing her dreams. Almost every episode of the show could be an example of Lorelai being a feminist, but here are some of our favorite moments:

The very first episode, when Rory got all moody because she liked Dean, and Lorelai gave her some solid life advice:

And later, some even better advice:

When she stopped caring what people thought:

When she taught Rory the importance of women investing in education:

When she stood up to her mother and maintained her independence:

When she didn't hold back her feelings:

When she graduated from business school, a goal she'd worked years to achieve:

When she went against traditional "feminine" things:

When she opened her own inn, after years of dreaming:

When she proposed to Luke:

When she inspired this speech:

It's been six years since Gilmore Girls went off the air, but few TV shows since have featured female characters as wonderfully complex as Lorelai. The show may go down in history for its fast pace and pop culture references, but fans will always be grateful that the series introduced us to one of the best feminist icons in television history. Lorelai Gilmore, we salute you.