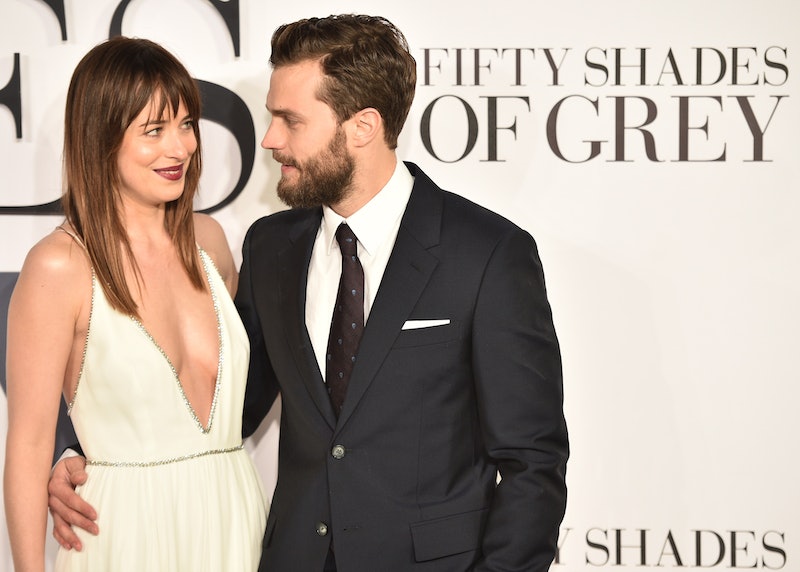 The Fifty Shades of Grey reviews have started to pour in after press and fan screenings, and, much to the delight of everyone excited to see the film (aka, everyone ever) they've been pretty good so far. However, TV host Lisa Wilkinson from Australian program Today — no relation to America's version, in case you were wondering — was not on the fence at all about whether the movie was good or bad. Her review slammed Fifty Shades of Grey with an epic rant about the "worst movie" she has ever seen that is, all things considered, more of a takedown.

Not only did she not like the movie and its plot, but she also took jabs at stars Jamie Dornan (Christian Grey) and Dakota Johnson (Ana Steele) in a pretty intense clip sharing her feelings about the movie. Everyone is, of course, entitled to their own opinion about the film (as well as the book it's based on), Wilkinson included — but still, let's be real, we're probably all going to see this movie on Friday anyway: Pre-sale ticket numbers that put it on par with franchises like Harry Potter and The Hunger Games are proof of that enough!

Check the video clip below.