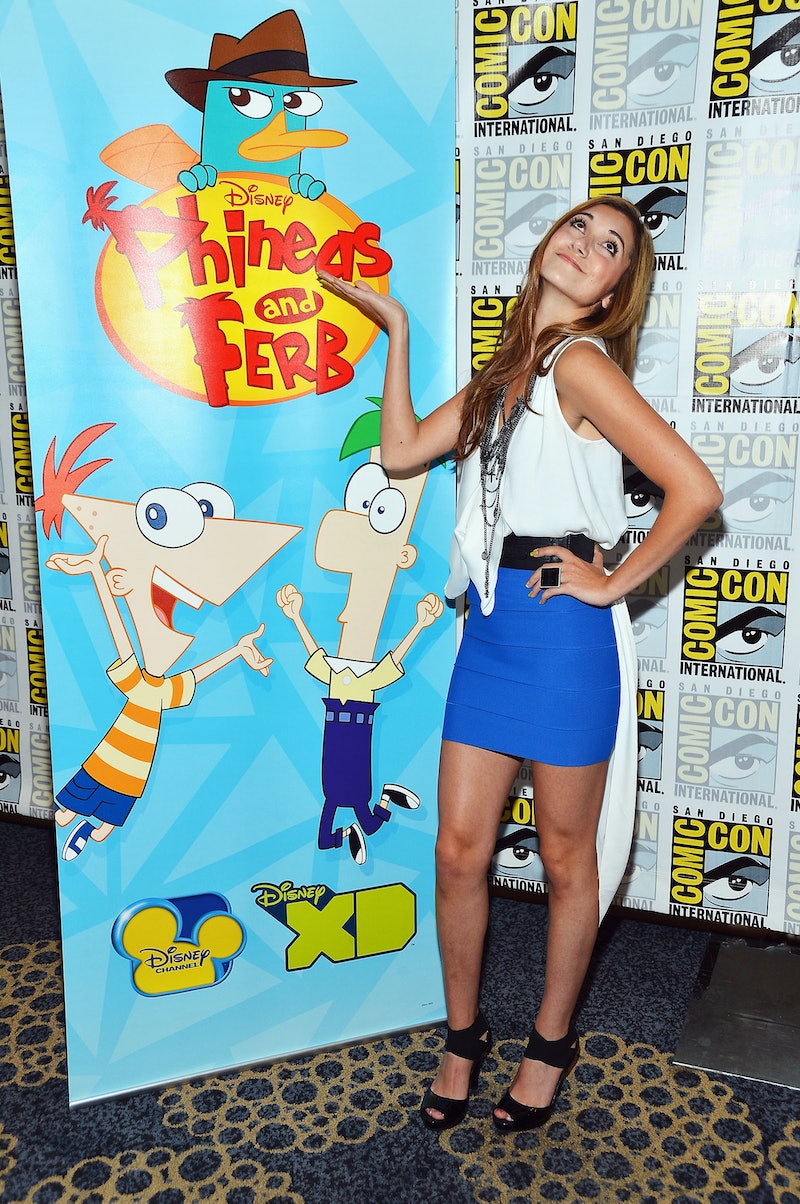 The world collectively freaked out when Missy Elliot took the stage at the 2015 Super Bowl, so it's no surprise that everyone got nostalgic for the days when the rapper was a Really Big Deal. One thing that the world forgot they missed? Missy Elliot's amazing, choreography-heavy videos, several of which featured a young dancing queen by the name of Alyson Stoner. It wasn't long before fans began wondering what happened to the talented music video star, and websites began posting photos of the what the now 21-year-old Alyson Stoner looks like today. But while Stoner certainly killed it in Missy Elliot's videos for "Work It," "Gossip Folks" and "I'm Really Hot," that definitely wasn't where her career ended — you know this girl for way more than just her dance moves.

If you were obsessed with the Disney Channel as a kid, you totally recognize who Stoner is — mainly because she was everywhere in the mid-00s. In the days before DVR, Stoner played Sally on Super Short Show, a "mini series" that appeared between episodes of Disney Channel shows. The show discussed Disney-related content, such as movies recently available on DVD — all in the span of five minutes or less. You gotta hand it to Disney — they certainly know how to package and market their own products.

Stoner lived under the Disney umbrella for quite sometime — fans will recognize her as Max, friend to the titular twins, on The Suite Life of Zack and Cody. And her dance moves? Well, let's just say it's obvious why the trained dancer could keep up with Missy Elliot. Check out her skills in this clip from the TV show:

Of course, Disney didn't loosen their grip on the talented Stoner after her arc on Suite Life ended. Stoner appeared in both Camp Rock and Camp Rock 2: The Final Jam opposite Demi Lovato, where, once again, her dance moves came in handy.

What's Stoner doing today? Currently she's working as a voiceover actress on Phineas and Ferb and The Legend of Korra. She's also still performing — she recently appeared at Los Angeles nightclub the Avalon to sing some of her original songs.

Not that she's forgotten her roots. Following the Super Bowl, Stoner posted this incredible tribute video to Missy Elliot, complete with insane choreography. The performer, whose own single "Dragon" hit iTunes in September of 2013, is clearly the next star to watch.

And, last, but not least, check out her very own music video below: