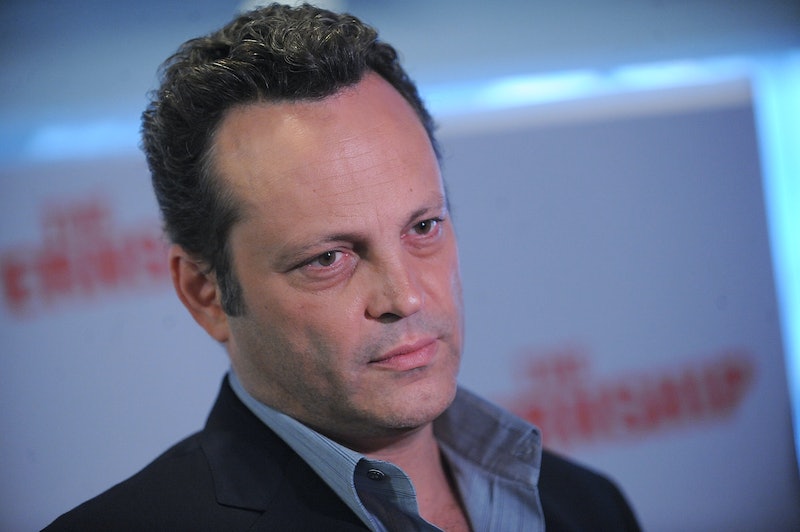 Let me take you back to the year 2006. One of the events of that year which might stand out is when Vince Vaughn dated Jennifer Aniston. Yeah, remember that? Finally, Vaughn is letting the world know what it was like to date the Friends actress, and, it actually doesn't sound as fun as one might expect. In an interview with Playboy, Vaughn revealed why he didn't like to talk about their relationship at the time. He said,

You know, she’s great. For me personally — and I think most well-known actors who are together feel this way — I never enjoyed the paparazzi side of it. You like someone and you’re spending time with them; that’s separate and that was all fine. But I really spent most of that time finding ways not to be drawn into the attention.

It was hard for Vaughn to avoid "the attention," and rightfully so. I can't imagine what it would be like dating a celebrity, always having photos taken of you, and constantly being in the tabloids. He added about dating Aniston, "I think lying low and not talking about it put me in a good position later. Because I just wasn’t part of anything."

Even though it sounds like the paparazzi took all the fun and happiness out of it, I don't think that's really the case. The two definitely had fun together. Aniston even said the True Detective actor "brought her back to life." What I think Vaughn means is that dating someone so famous, like Aniston, and being in the spotlight can be difficult, which makes complete sense. Once again, the paparazzi got all intrusive and couldn't leave well enough alone. Unfortunately, that comes with the territory of being a celebrity.

With that said, now the two are happily with other people. Aniston is engaged to Justin Theroux, while Vaughn is married to Kyla Weber, and they have two children, Locklyn and Vernon.