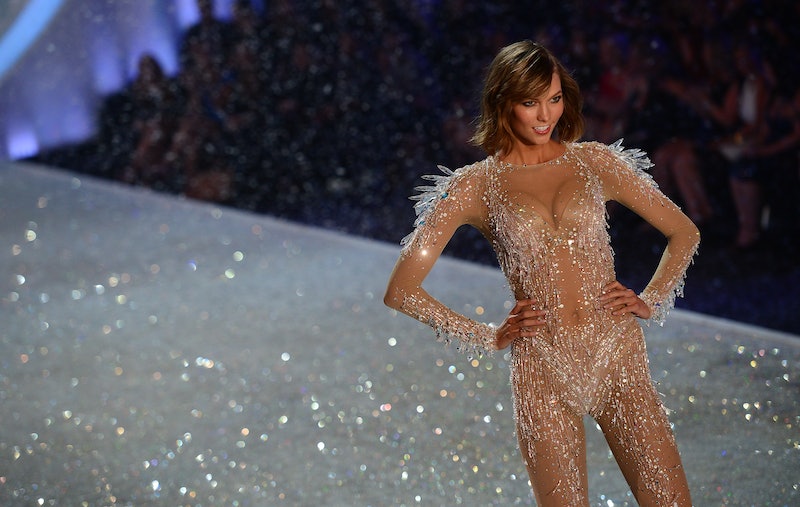 Fashion Week is often a time for the year's new crop of top models to hit the runway, but there's always a sense of excitement when beloved supermodels grace the catwalk. Model Karlie Kloss's strutting skills are unparalleled in the fashion industry especially when paired with her effervescent personality. However, modeling isn't the only facet to her talent, so with all the other stuff she has going on, will Karlie Kloss even walk in New York Fashion Week this season?

The entrepreneur also runs Karlie's Kookies with pastry chef Christina Tosi of Momofuku Milk Bar and happens to be a lifelong chum of Taylor Swift. So, it's no mystery why designers clamor to include the multidimensional beauty into their shows. Kloss is certainly juggling a number of endeavors at present, the most recent of which included her trip down the 2014 Victoria's Secret Fashion Show runway this winter and a starring role in L'Oreal Paris's new commercial campaign, but the question remains: Will Karlie Kloss have the time to walk in New York Fashion Week? According to Kloss's runway history and hints on the model's Instagram account, the answer appears to be yes.

Though Kloss told Vanity Fair that her catwalk days were over due to her fame off the runway in a 2013 interview, Kloss has since appeared at Donna Karan, Atelier Versace, and Diane von Furstenberg amongst other high-profile shows. In addition, her casting in Marc Jacobs' Spring 2015 ad campaign and supportive presence at the Frame Denim Fall 2015 presentation suggest that not every designer is attempting to resist her signature charm. In addition, Kloss's Instagram hints that the model will be sprinting about fashion week in a number of Nike kicks to her various events. Can the world expect Kloss to walk again at Diane von Furstenberg and grace the runway at Marc Jacobs? It seems the answer may be a resounding yes.