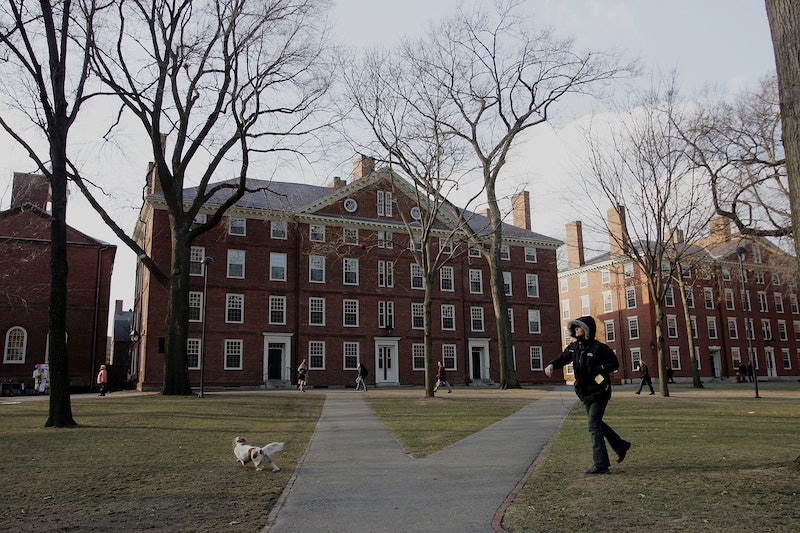 Harvard and MIT are being sued by the National Association for the Deaf for failing to put captions on their online courses and other materials, in an apparent violation of the Americans With Disabilities Act and the Rehabilitation Act, the New York Times reported. In the two cases filed in U.S. District Court in Massachusetts, the plaintiffs argue that the venerable universities are denying deaf students access to their Massive Open Online Courses, or MOOCs, as well as talks given on campus and podcasts.

The Americans With Disabilities Act (ADA), which took effect in 1990, is modeled after the Civil Rights Act of 1964, and ensures that people with disabilities are given the same opportunities to "participate in the mainstream of American life," according to the description on the U.S. Department of Justice website. That includes employment opportunities and participating in state and local programs and services.

Arlene Mayerson, of the Disability Rights Education and Defense Fund, one of the plaintiffs in the lawsuit, said in the press release that the ADA was crafted specifically to prevent the kind of discrimination that would prevent students with disabilities from being able to fully participate in education programs available to their classmates:

The ADA was passed to make sure that these opportunities for learning are not foreclosed based on disability. Having no captions is equivalent to stating 'people with disabilities may not enter.'

Howard A. Rosenblum, CEO of the National Association for the Deaf, had harsh words for Harvard and MIT. Both "betray their legendary leadership in quality education by denying access to approximately 48 million Americans who are deaf or hard of hearing," he said.

The plaintiff's attorney Bill Lann Lee, a former head of the justice department's civil rights division (who, hello, probably knows the rules here) noted that Harvard and MIT both receive millions of dollars of support from federal taxes, and must provide equal access to students with disabilities. "These laws apply whether in a brick and mortar classroom, or online," Lee said in the news release.

This is not the first time the National Association for the Deaf has sued over insufficient captioning. In 2010 the organization sued Netflix, which eventually agreed to caption all of its content by 2014, according to CNN.

It's almost unimaginable that in 2015, two universities as big and as influential as Harvard and MIT would have to be shamed into providing basic access to deaf students. When the two schools announced a partnership in 2012 to offer online courses for free, The New York Times said there was potential for "vast new learning opportunities for students around the world."

Both universities made somewhat weak statements to The New York Times on Thursday, with MIT voicing a commitment to making its materials accessible, and a Harvard spokesman saying the university would follow whatever rules the justice department implemented.

But Harvard has a venerable law school whose students and professors are no doubt familiar with the ins and outs of the ADA, and MIT has some of the best and brightest minds in its classrooms and on its faculty. If a private company like Netflix can get its thousands of videos accessible to deaf and hard-of-hearing people, then two of the world's best universities shouldn't be waiting to be told to do the right thing for their students.