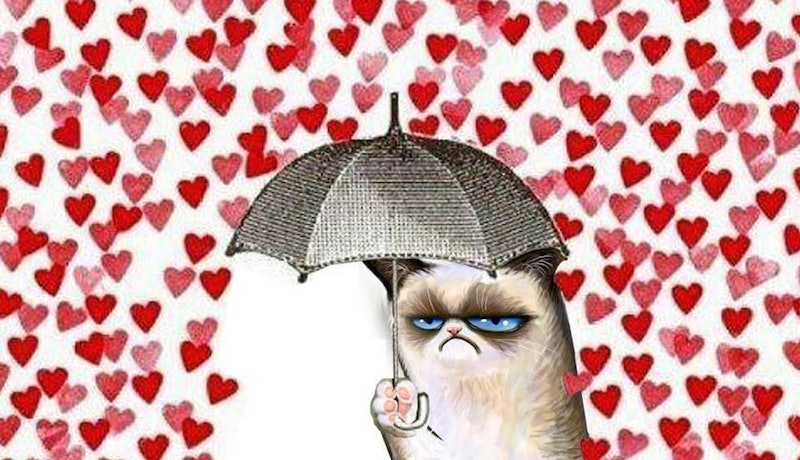 When you're single on February 14th, you want to be with someone; and when you're with someone, you want the most unreasonably perfect day ever. So basically, everyone is usually disappointed on Valentine's Day — which is why these hilarious Valentine's Day memes are so on point. Between the dinner reservations that are only available at 4:30 p.m., a picked through selection of overpriced cards, and chalky sweetheart candies that no one really likes, Valentine's Day is kind of ridic. That being said, I think the best way to approach it, whether you have a significant other or you're flying solo, is with a generous sense of humor... and I mean generous.

These playful (and occasionally inappropriate) memes have Valentine's Day nailed. They say exactly what it is we are too often thinking but are never verbalizing. They're also just insanely funny. Whether you're anti-Valentine's Day, a full believer in the 14th of February, or find yourself somewhere in between, you'll likely be able to get a chuckle from one of these Internet masterpieces. But enough build-up already. If you don't believe me, take it directly from Tina Fey, Han Solo, or Squidward. They won't let you down on a good time, even when Valentine's Day does. (It's inevitable you guys, it really, really is.)