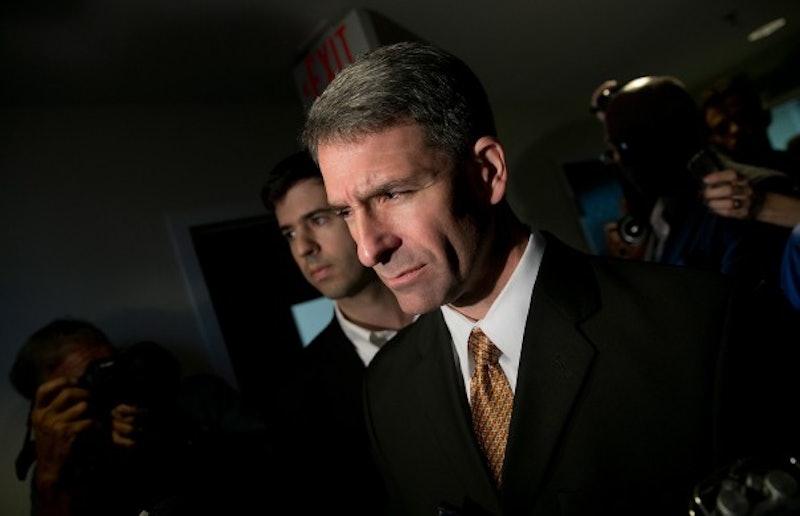 The Supreme Court got off to a promising start Monday morning when it threw away an attempt to revive Virginia’s anti-sodomy law, which were declared unconstitutional by a circuit court back in March but was championed by Ken Cuccinelli, the state’s Attorney General and Republican candidate for governor.

In 2005, a 47-year-old Virginian man named William Scott MacDonald allegedly demanded that a 17-year-old girl give him oral sex. Under Virginia law, it’s illegal for an adult to ask a minor to commit a felony, and so MacDonald was charged and convicted of doing just that.

However, the Supreme Court had already ruled in 2003 that state laws banning consensual sex between adults were unconstitutional. While the girl in this case wasn’t an adult, the only law on Virginia’s books that could be construed as outlawing oral sex between a 17-year-old an and an adult was Crimes Against Nature. But the entirety of that law had been invalidated by the Supreme Court ruling; therefore, the “felony” MacDonald had allegedly asked the girl to commit wasn’t a valid law at the time.

The appeals court agreed, and MacDonald’s convicted was overturned.

Cuccinelli felt so strongly about this that he appealed all the way to the Supreme Court, which saw through his ruse and threw out the case without comment this morning. Good.

Perhaps the clearest window into Cuccinelli’s true intent lie in a 2009 interview he gave to a Virginia Newspaper:

Cuccinelli is currently running for governor under the Republican ticket, but while he was initially the overwhelming favorite in the race, he’s currently trailing Terry McAuliffe, a Clinton ally and prominent Democratic fundraiser, by five points. Today’s news probably won’t help him very much.