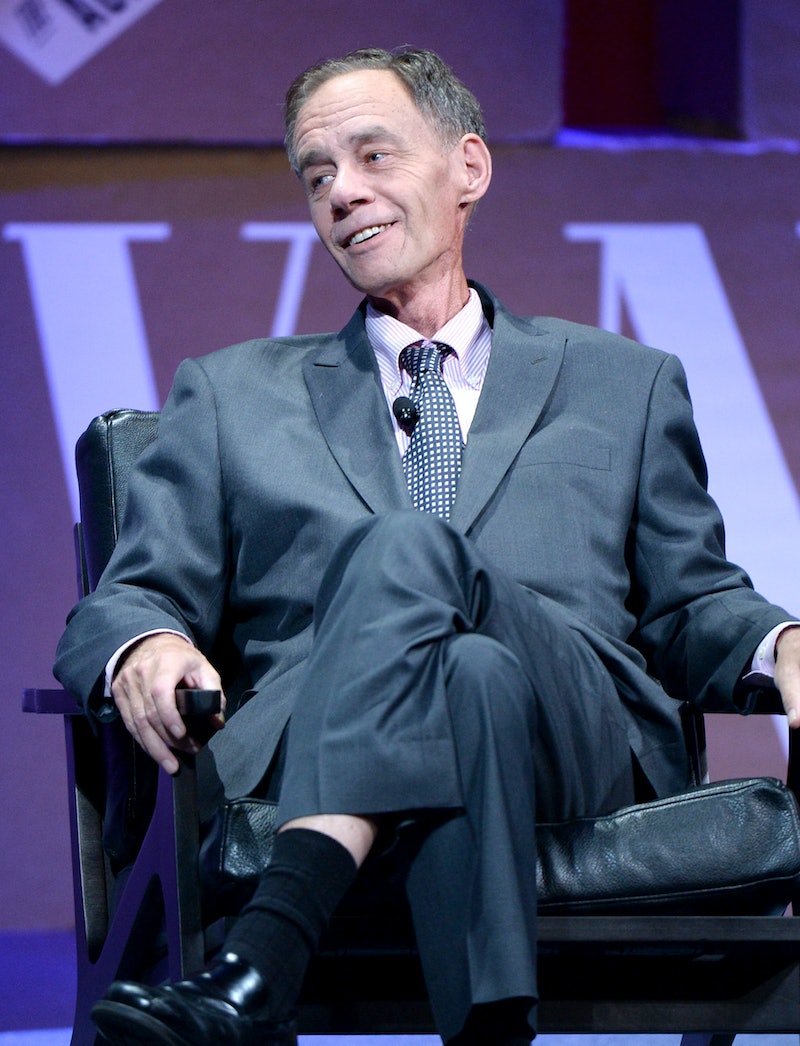 On Thursday, The New York Times announced that its famed columnist David Carr was dead at 58. Carr had been with the Times for 13 years, covering media in a weekly business column, and authored the 2008 memoir The Night Of The Gun, which expertly reported Carr's own struggle with cocaine addiction. The Times didn't specify the cause of death for Carr, one of its most prolific writers, simply writing "[Carr] died at the office on Thursday."

It's thought that Carr passed away in the New York Times newsroom, where he'd spent over a decade of his quarter-century career. The Wrap obtained a copy of the memo editor Dean Baquet sent his staff:

Dear Colleagues,I am sorry to have to tell you that our wonderful, esteemed colleague David Carr died suddenly tonight after collapsing in the newsroom. A group of us were with his wife, Jill, and one of his daughters, at the hospital. His daughter Erin said he was special, and that he was.He was the finest media reporter of his generation, a remarkable and funny man who was one of the leaders of our newsroom. He was our biggest champion, and his unending passion for journalism and for truth will be missed by his family at The Times, by his readers around the world, and by people who love journalism.Dean

Carr was well-known to many for his role in the NYT documentary Page One.

Carr is survived by his three daughters with his wife, Jill Rooney Carr.