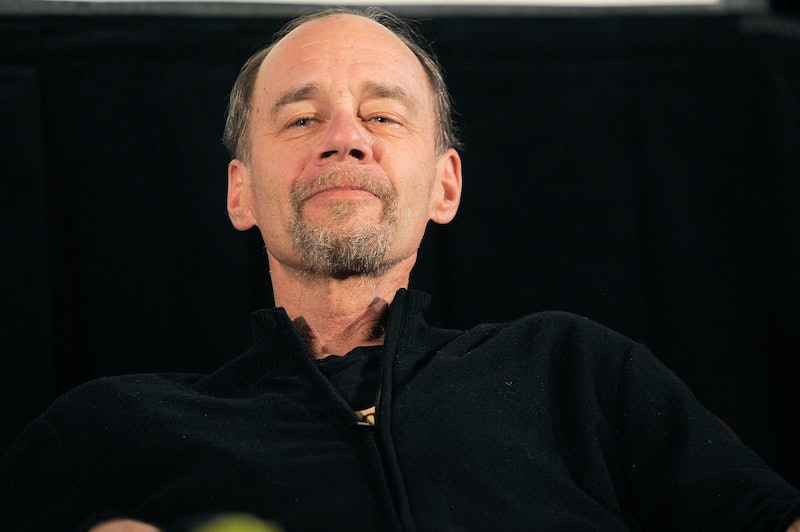 The sudden and shocking death of David Carr on Thursday night shook an already-fragile media industry, in a week that saw some of TV's most influential newsmen pass in a car crash (Bob Simon), announce their leave (Jon Stewart) and be suspended (Brian Williams). Carr's death was all the more painful for its abruptness — just hours before he collapsed in the New York Times newsroom and rushed to the hospital, Carr interviewed whistleblower Edward Snowden about the film "Citizenfour" — which documents Snowden and the NSA spying scandal — as well as journalist Glenn Greenwald, who helped the former NSA contractor bust open the agency's surveillance tactics, and the film director Laura Poitras.

But perhaps what Carr was most loved for — besides his dogged reporting and insight — was his unyielding honesty and his ability to tell it exactly as it is.

His disarming personality and refusal to tolerate idiocy in any manner was treasured by his colleagues and admired by budding journalists alike. And Carr's personality — brash, astute, sincere, often blunt — was evident in the many opinions he voiced and advice he doled out. Among his other qualities, he was an incredibly quotable person, sometimes more compelling than the people he interviewed. Here are some of Carr's best quotes.

This was the scene in a 2011 documentary, Page One, about the Times' struggles with a future within the Internet, that further propelled Carr to endearing fame — Carr shot down Vice founder Shane Smith, who repeated in an interview about Vice's coverage in Liberia that the mainstream media "never tells the whole story." Annoyed by Smith's arrogance, Carr brilliantly shot him down:

Before you ever went there, we've had reporters there reporting on genocide after genocide. Just because you put on a fucking safari helmet and looked at some poop doesn't give you the right to insult what we do.

At a commencement speech at the University of California, Berkeley, Graduate School of Journalism, Carr told graduates that although journalism won't help pay off their loans as quickly as they'd like, it kind of shapes them into decent human beings. He said:

Being a journalist, I never feel bad talking to journalism students because it’s a grand, grand caper. You get to leave, go talk to strangers, ask them anything, come back, type up their stories, edit the tape. That’s not gonna retire your loans as quickly as it should, and it’s not going to turn you into a person who’s worried about what kind of car they should buy, but that’s kind of as it should be. I mean, it beats working.

In a Reddit Ask Me Anything session in 2013, Carr was asked what his favorite cure for writer's block was. His answer?:

Long before he became one of the pre-eminent journalists at the Times, Carr was an alcoholic and a crack cocaine addict — a past he has been open about. During the Reddit AMA, a user asked how difficult it was to be a "sober journalist," especially given the temptation. He replied:

I watched the Globes last night, an event that I used to cover, and watched people enjoy some adult beverages. I am very pro-alcohol, but I just tend to end up in handcuffs when I used. I have more fun — way more fun — when I don't drink or do drugs. In the times I have used, it was never baked into my work life. If I am going to really go there, it ain't going to be with some flacks for a big magazine company. That said, I was looking at my best clips lately and you can't really tell which were written drunk or sober. There is no correlation. The muse comes when it does and it can't be beckoned by a six-pack or something you stick up your nose.

In "Me and My Girls," an excerpt from his book, The Night Of The Gun, about his drug addiction, Carr described:

Where does a junkie’s time go? Mostly in 15-minute increments, like a bug-eyed Tarzan, swinging from hit to hit. For months on end in 1988, I sat inside a house in north Minneapolis, doing coke and listening to Tracy Chapman’s “Fast Car” and finding my own pathetic resonance in the lyrics. “Any place is better,” she sang. “Starting from zero, got nothing to lose.”

After shooting or smoking a large dose, there would be the tweaking and a vigil at the front window, pulling up the corner of the blinds to look for the squads I was always convinced were on their way. All day. All night. A frantic kind of boring. End-stage addiction is mostly about waiting for the police, or someone, to come and bury you in your shame.

On The Secret To Being A Good Journalist

In an interview with Boston University, Carr upheld the difficulty of breaking into the industry, because that's how it should be:

The dirty secret: journalism has always been horrible to get in; you always have to eat so much crap to find a place to stand. I waited tables for seven years, did writing on the side. If you’re gonna get a job that’s a little bit of a caper, that isn’t really a job, that under ideal circumstances you get to at least leave the building and leave your desktop, go out, find people more interesting than you, learn about something, come back and tell other people about it — that should be hard to get into. That should be hard to do. No wonder everybody’s lined up, trying to get into it. It beats working.

In The Night Of The Gun, Carr put into words what living feels like, in a way that only he could. He wrote:

I now inhabit a life I don’t deserve, but we all walk this earth feeling we are frauds. The trick is to be grateful and hope the caper doesn’t end soon.