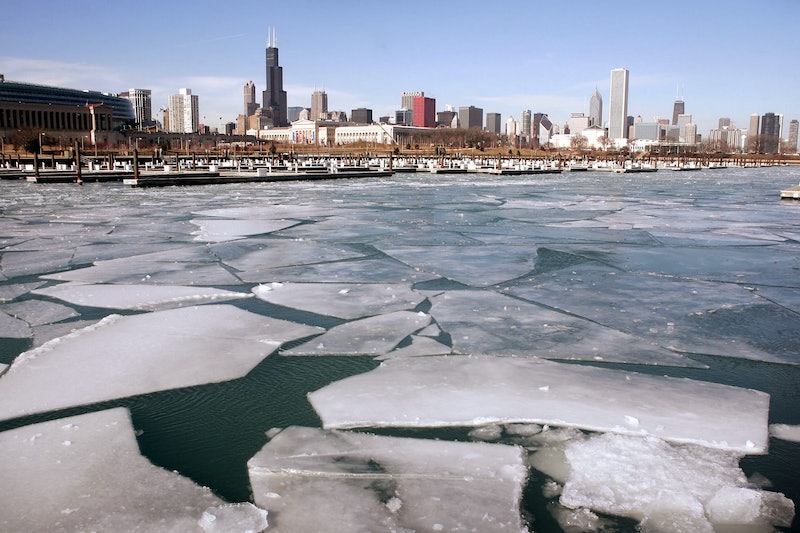 Is this guy a hero, or is he just completely crazy? Maybe a little bit of both. This video out of Russia shows a shirtless man wading into a frozen lake to rescue a dog who had fallen through the ice. The man—a 21 year-old named Ivan—hammers through the ice with his fists and elbows, before finally reaching the clearly-distressed dog and pulling him back to shore. Russian news sources have filled in some of the details of this story: According to one report,* Ivan was one of three men stuck by the side of the road with a car breakdown. They saw a dog struggling in the water, and he leapt to the rescue. Apparently, Ivan “works at the local wood cutting company”; he has a heart condition serious enough to exempt him from military service, but the ailment didn’t stop him from “jump[ing] into the freezing water.”

In wading through into icy lake, Ivan was seriously risking his life. According to the Lifesaving Society, “[t]hin ice is responsible for many fatalities each year” (many of which are caused when pet owners attempt to rescue dogs that have fallen through the ice). Being in freezing water can lead to hypothermia (a potentially fatal decrease in body temperature) and even cardiac arrest. Luckily Ivan and his new canine friend both made it safely out of the water. When they got to shore, the frightened dog ran away, but eventually they reunited:

Ivan warmed up a bit in the car and then asked the guys to buy him some vodka to warm up more. They drove to the groceries where they saw the dog again. It was a sign from above. They bought some vodka for Ivan, sausage for the dog, named him Rex, and Ivan took him.

Congrats on your new dog, Ivan. May many years of vodka and sausage lie ahead of you.

*My translation for this source comes via a Reddit user named iiRunner, so make of that what you will. The Google-translated version made no sense at all, so thanks Reddit!