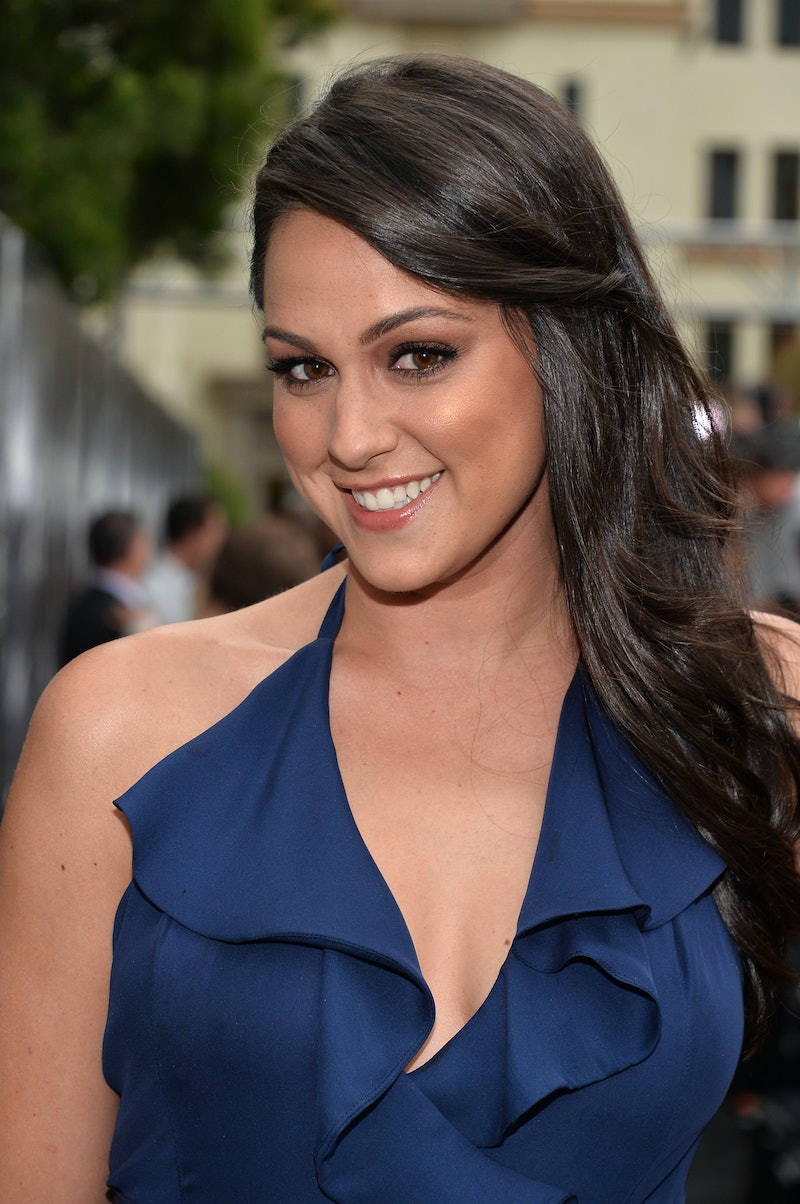 The 2011 horror film Cassadaga is finally getting itself a limited and On-Demand release this Friday. And while far from perfect (is anything, though?) — the film did cause us less grief than we feared because of how incredibly female-empowered the whole thing felt. A rarity considering the scope of women in horror today. It would be easy (maybe even expected) for a film like Cassadaga — whose main evil entity is a human-marionette-slinging, sociopathic creep named, yeah, we get it, Gepetto — to get caught in its own strings, trapped in the traditional horror tropes for women.

We spoke with the film's star, The Mindy Project/The Newsroom regular, Kelen Coleman, to discuss Cassadaga and what it's like to be a woman working in such a polarizing genre.

What's most interesting about the film is it's take on women. It's no secret that women do not have the best track record in horror. But it's getting better every day. Plus, more and more women are being drawn to the genre every day. And, as The Frisky 's Jessica Wakeman puts it, "Horror films ... are a contained, intense emotional experience for adrenaline junkies. Adrenaline ebbs, it flows, it rises, it dips." And, well, it seems fairly safe to say that most women are drawn to highly emotional experience, being that as humans we are emotion junkies.

But in a move that was decidedly un-horror, Cassadaga made itself a film all about women and their own inner strength and emotional contexts, rather than being the typically shrieky damsel in distress. "This character was not just being stereotypical horror girl," said Coleman. As Lily Morel, the film's heroine, Coleman was aware of the old horror adage, when the leading lady is forced to "run around screaming and bouncing around."

Because one note Morel was not. Indeed, the character faced the adversity of her own unique experience: being a post-lingually deaf artist. But having lost her hearing later in life was just one aspect of this character's experience. Add to that the loss of her sister (after having already lost her mother) and you start to understand the hurdles this character is up against.

"It’s great to be a character that’s actually about something. [Playing Morel] showed that … you’re at an advantage when you’re missing something that most people have." Strong, sassy, and determined? We'll take it.

Writing a film about a man who turns women into dolls is almost a surefire way to get attention from feminist entertainment writers. (I mean, hello. Case, meet point.) The film scratches only the surface of why Gepetto takes the "prettiest girl in the whole town" and turns her into a plaything. But from the visual cues alone it's easy to see why there's more going on here: forced to bend but not break where he wants her to, speak when he feels like it (which is almost never), move only when the strings are tugged, and silently suffer for the sake of his own personal enjoyment, these doll-like women, though a manifestation of Gepetto's, aren't totally surprising, either.

It's hard not to see the parallels between the myriad of complaints against the treatment of women in entertainment and these dolls. Or when one considers the current climate in America, what with ladies struggling for basic human rights like body autonomy, or the right to make decisions for themselves in regards to sex and health. And while maybe not dissected and discussed enough, it sure does give an understanding as to why Gepetto's previous victim would be so determined to end this guy's fucked-up existence that she would haunt Morel to the brink of madness.

“In the script, the whole film starts where this girl has lost her family: she’s lost her mother, she’s lost her sister. She’s going to try and start a new life … [while also] Finding a way back to them, and finding a way to be happy. She wasn’t just one note."

And it's not hard to see why many find women in horror films to be one note: there's a lot of gratuitous treatment of women in this arena. (And all that violence certainly doesn't help matters, either.)

"We’ve obviously come a long way as women over the course of time ... Of course there’s still the aspect of selling sex, especially in horror. But at the end of the day, you know that you need to take a step to eventually walk a mile. The symbolism that he put in there of women being made into dolls? It's about taking it back. I think that was a very cool aspect."

So cool that the end lends itself not to a fear-induced haze, but rather empowerment. "In the end that we’re the victim but the theme in the end is that we all overcome, which we see in this girl, who is the least-likely to overcome."

To which we say: yes! More fully-realized, interesting lady badasses in horror, please.

More like this
Sandra Bullock, Girlboss Extraordinaire
By Matt Harkins & Viviana Olen
Watch The Dramatic First Trailer For Netflix's Jennifer Lopez Documentary
By Alyssa Lapid
What Does Doctor Strange’s Third Eye Mean?
By Arya Roshanian
What’s New On Netflix: A Victoria Justice Rom-Com & The Return Of David Letterman
By Arya Roshanian
Get Even More From Bustle — Sign Up For The Newsletter