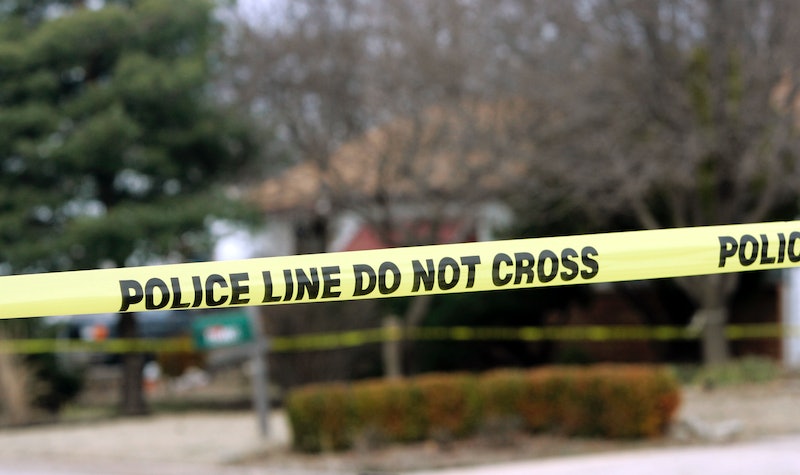 The United States hasn't been short on shocking, on-camera incidents of police violence over the last several months. Look at the deaths of Eric Garner, Tamir Rice and John Crawford, for example, or the brutal non-lethal assault of Marlene Pinnock in California, to go back a bit further. But sadly, they just keep coming — an Alabama cop attacked an Indian grandfather Thursday, Sureshbhai Patel, partially paralyzing the 57-year-old man with an abrupt, slamming pin to the ground. Patel now faces months of rehabilitation and physical therapy, according to CNN, and his family has already filed a lawsuit against the Madison Police Department.

The reason I can explain what happened in such detail, obviously, is that the awful moment was recorded, thanks to the officers' squad car dashboard camera. It's not a pleasant thing to watch, make no mistake — it's a video of late-middle aged man being thrown to the ground, and suffering severe injury in the process. The footage will undoubtedly play a big role in whatever proceedings are coming against the officer who threw Patel down, as startling and seemingly needless as it is — in addition to the Patel family's civil suit, the officer who executed the takedown has already been charged with assault.

It should go without saying, but this video contains violent content.

The department's explanation for all this (or excuse, depending) is that they received a call about Patel, reporting him as a "suspicious" person. As detailed by the Washington Post, the caller alleged that Patel was a "skinny black guy" probably in his 30s, walking through the neighborhood and looking into people's garages. His family steadfastly denies this claim, saying that, as usual, he'd just been going for a stroll. And considering Patel was not black, much older than in his 30s, and being black and in your 30s isn't illegal, it's fair to ask some questions about whoever called this one in.

When stopped by the police for questioning, Patel tried to explain that he couldn't speak the language, reportedly saying "no English, Indian, walking" according to KFOR. But then, according to the Madison Police Department's report on the incident, he reached into his pocket, and pulled back when the police tried to pat him down — an understandable reaction if you're a confused foreigner being stopped by the police for no apparent reason, frankly.

But it was also apparently enough to convince one of the officers that this slightly-built old man (he only weighs about 130 pounds, according to the police report detailed by Raw Story) had to be taken down, and so, we're left with this absolutely awful state of affairs. According to CNN, Patel is unable to move his left leg, even after undergoing spinal fusion surgery. As Chirag Patel was forced to admit rather heartbreakingly to the Huntsville Times, it's made him question whether coming to America was a mistake to begin with.

It is a dream for me because I came from a very poor family and I worked so hard here. I’m totally devastated that I might have made a big mistake.