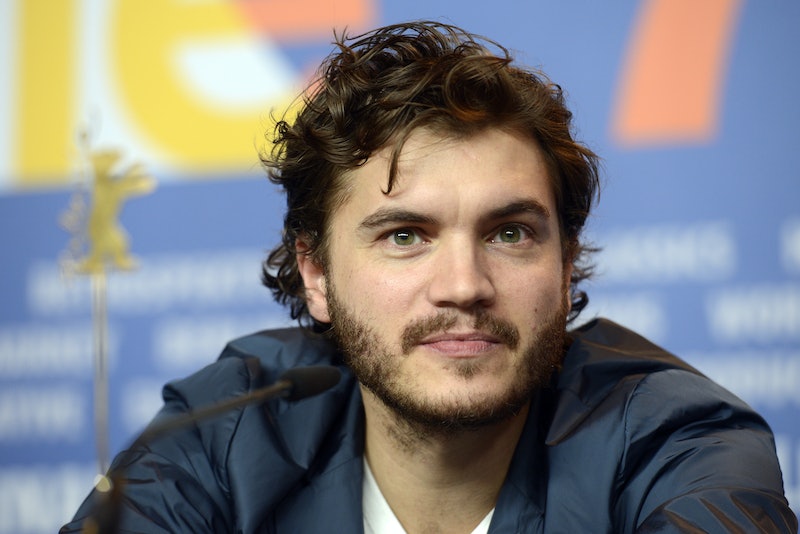 Remember when Emile Hirsch was hot in Lords of Dogtown instead of terrifying after the Sundance Film Festival? After allegedly assaulting Paramount Pictures film executive Daniele Bernfeld on January 25 in Park City, Hirsch has reportedly checked into a rehab facility for alcohol abuse, E! reports. Hirsch was charged with felony and aggravated assault after the incident: What started as a verbal confrontation between Hirsch and Daniele Bernfeld quickly escalated. The 29-year-old actor reportedly approached Bernfeld from behind and dragged her onto the floor and violently choked her. If there's one very faint silver lining to the incident, it's Hirsch's decision to go to rehab to "assure this never happens again," his lawyer Robert Offer stated.

Hirsch admitted to officer St. Jay Randall who arrived at the scene that alcohol played a large part in his attack on Bernfeld; he told the officer he'd had a few drinks that evening and was intoxicated. In an official statement on the actor's behalf, Hirsch's attorney said: "Emile consumed an enormous amount of alcohol on the evening in question and he has no memory of what happened. He takes these allegations very seriously, and he's devastated that it happened."

Alcohol is inextricably linked to an increase in violence, especially in cases of male-on-female aggression. Alcohol consumption make the odds of male-on-female violence eight times higher than normal. It's a point in Hirsch's corner, then, that he's seeking help in order to stop this from ever happening again. There's certainly a difficulty in admitting to having a problem with alcohol, self-control, and violence, so on that level, Hirsch's actions are admirable. Though he did a horrible thing, there's remorse: he checked into rehab not only to control his alcohol consumption but also because he does not want to attack a woman again.

Also worth noting, the nature of the attack was severe and terrifying. According to ABC News, at a TAO party on January 25, Hirsch first called Bernfeld a "rich kid," asking her "why she looked so tough." This should have been the end of the confrontation, but after Bernfeld walked away, things got worse. The court document says:

After the actor moved away from Bernfeld to join friends at another table, he came back and "wrapped his arm around her to put her in a chokehold," according to the prosecutors' court filing. "Hirsch pulled Bernfeld across the table and onto the floor, where he landed on top of her." Bernfeld told investigators she may have momentarily blacked out after Hirsch "wrapped his hands around her neck," according to the court filing. Two people at the club pulled the actor off Bernfeld, the document added.

The official charges brought against him, as reported by ABC News, Summit County Prosecutor Ryan Stack said Hirsch was charged with "aggravated assault, a third-degree felony, and intoxication, a class C misdemeanor," which "is punishable by up to five years in the Utah State Prison and a $5,000 fine."

Whether or not Hirsch is charged and sentenced for the assault and felony remains to be seen at the March 16 court date. Hopefully there will be legal consequences, but at the very least, Hirsch is trying to make amends in his own way without the decision from the court. He could have just relied on his celebrity and hoped it would exonerate him of any charges, but he realized there had to be atonement. Hopefully Hirsch can serve as an example and call attention to the role of alcohol in incidents of male-on-female aggression.