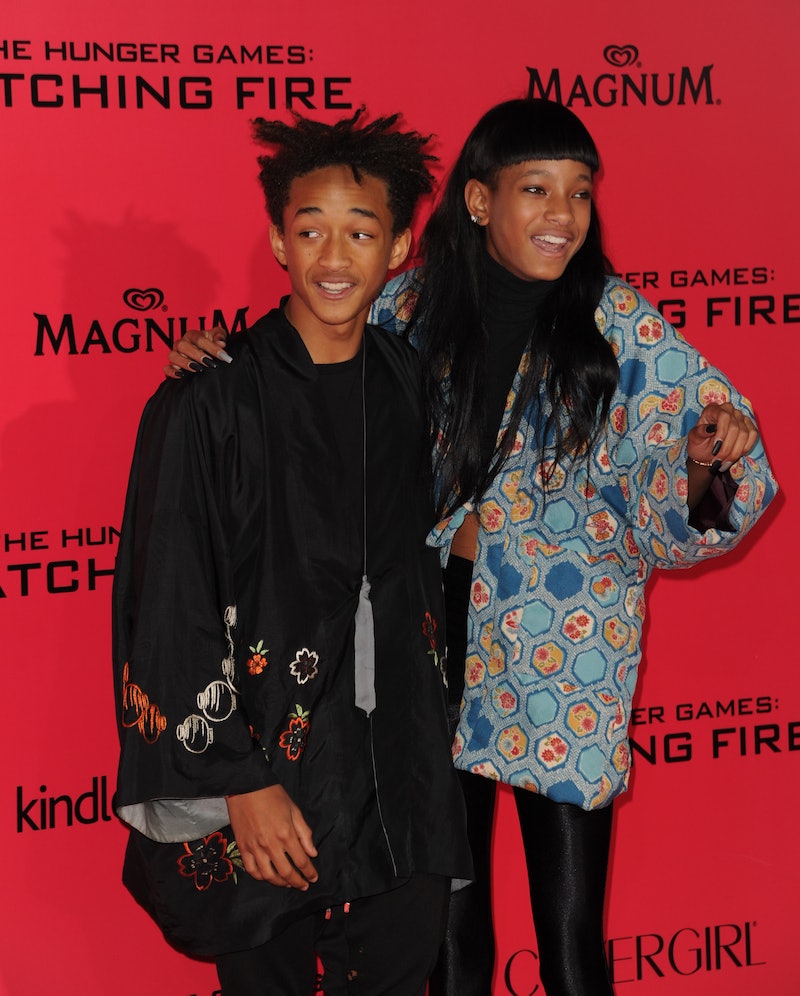 Will Smith is a millionaire many times over. But the successful artist and movie star, who grew up middle-class in a part in Philadelphia that has had a rough history with police brutality, said he doesn't think like a rich person now. Will Smith claimed to still have a "poor person's mentality" in a new interview with Esquire. He said,

Along with providing a bit of insight into why he thinks this way about money, the star of the upcoming film Focus also hinted that his attitude may be starting to rub off on his children, as well. In that same interview, he claimed that his son Jaden owned only one pair of shoes and that "he has refused to be a slave to money." It might be debatable as to whether the shoe claim holds, especially seeing as Jaden has been photographed wearing mismatched pairs of shoes (they could be borrowed, but still). But one thing that cannot be ignored is both Jaden and sister Willow's interest in making philosophical statements, whether on Twitter or in interviews.

While Smith's kids' quotes might sound simple, they are often quite deep, which could indicate that they are at least trying to pick up on their father's "poor person's mentality" by looking past the superficial. Even if they sometimes come off as sounding a bit… eccentric, to say the least, it's refreshing not to hear them constantly promote themselves in terms of branding or of superficial material possessions.

Jaden Smith has gained quite an impressive following on Twitter for a young teenager — he has over 5 million followers. And he's gotten quite a bit of attention for dropping simple yet philosophical statements, like the one below, which is the most recent.

Rather than advertising material possessions under his name, he actually seems to have made an online brand based off of whatever pops into his head. Questionable taste in shoes aside, it does seem like Jaden Smith has other things on his mind besides making money.

If a quick browse through Jaden's Twitter page doesn't clear up that doubt for you, then check out the joint interview with Jaden and sister Willow for T Magazine. (Yes, the one for the New York Times. Yes, it's a pretty big deal.) In the interview, which has been described by E! Online as one that will either "blow your mind or give you a headache," Jaden and Willow give their thoughts on quantum physics, experiences of time, and prana energy, among other things.

Never the average celebrity offspring, here's a nugget of wisdom from the pair from the T Magazine interview that leaves slightly less head-scratching:

WILLOW: That’s what art is, shocking people. Sometimes shocking yourself.

And there you go. It'll be interesting to see if this mentality continues on as they grow up! But one thing's for sure, these two will always keep us guessing.