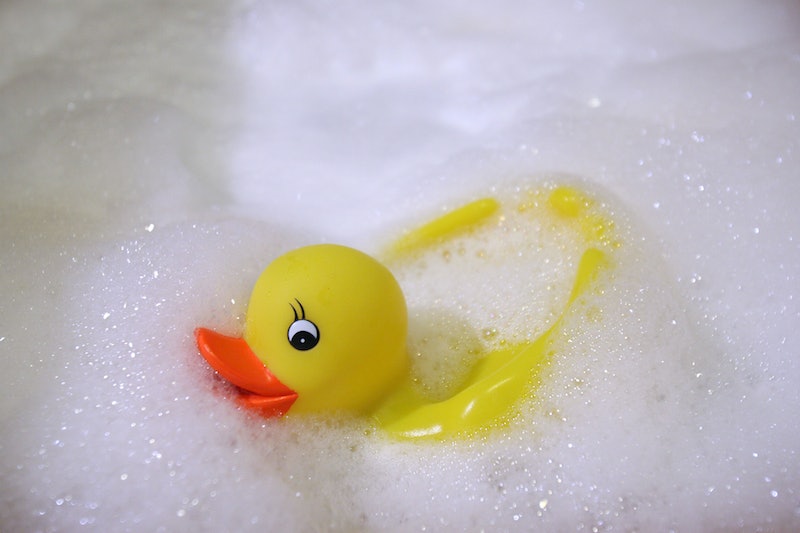 If you use your cell phone near water, pay attention: you could be putting yourself in danger. Recently, Evgenia Sviridenko, a 24-year-old Moscow resident, died after being electrocuted when she dropped her charging iPhone into her bathtub, according to The Moscow Times. It's believed that she was using VKontakte, the Russian version of Facebook, when the incident took place, according to The Independent. Police are investigating the incident.

Sviridenko's phone must have been still working after it fell into the tub; an update was allegedly posted to her social media page that she'd tried to call an emergency services number.

Moscow police have yet to release any information on whether the phone was linked to an Apple licensed product or not. Phone accessories distributed by Apple are designed to shut down if they come into contact with water. It's unclear exactly how the incident took place.

Days before Sviridenko's death, Metro reports, a 16-year-old Russian girl died after using her phone charger in the bathroom as she showered. And back in 2013, there were reports in China of two separate incidents of knockoff chargers causing shocks even outside of water. This prompted Apple to offer reduced price trade-ins for old or broken chargers for new ones, so to avoid the dangers of third-party created products with lower safety standards.

Sure, it might be tempting to read your Kindle or watch Netflix from the comfort of your bathtub, a pool, or even a hot tub. But, to be clear: electronic equipment and water do not mix.

Next time you want to answer your text messages from your shower, think again. Better to take that half-hour and detach from technology. Your phone will always be there when you get out.