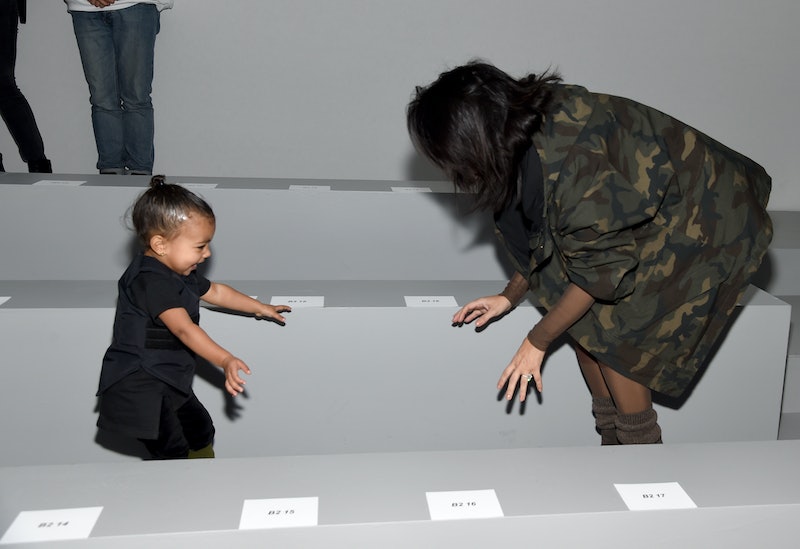 It's a good day when you're honored with a seat right next to Queen Bey herself. But, it's not such a good day when you realize she didn't bring your sippy cup and cookies in addition to her presence, no matter how amazing she is. Yes, Beyoncé #blessed Kim Kardashian and North West by posting an picture of them on her Instagram account. But, as you've probably seen all over your Twitter feed, that was a light moment in the midst of a tumultuous day for the baby fashionista. As Us Weekly reports, poor North got a little antsy during Kanye West's Adidas fashion show, and ended up stealing some of his spotlight, to be honest. Big deal, it was only her dad's show anyway, and if anyone's going to be understanding of a baby crying, it's her own father.

I can't exactly blame North for her outburst, though. Not everyone, especially one-and-a-half-year-olds, truly appreciate what it an honor it is to sit front row at New York Fashion Week; though, she did look positively picture perfect while doing it. But, in North's defense, there are probably a bunch of other places she would have rather been and appreciated much more.

A Hangout With Her Cousins

In Front Of A Piano

Well, North, at least Fashion Week will be over soon.