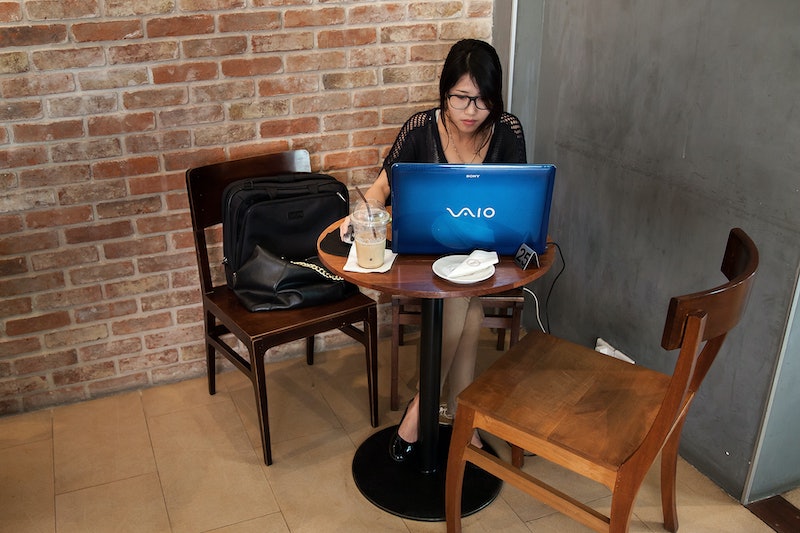 People have lots of tips and tricks when it comes to online dating, but some of the oddest advice you might hear comes from none other than science. According to a new study, the best online dating screen names start with letters from the first half of the alphabet. TThat's right: Names beginning with A through M have been scientifically proven to be much more successful than those beginning with N through Z. Sorry, anyone whose favorite letter is Y.

Researchers reached this conclusion after examining 86 studies of online dating, and found that there are some definite "do"s and "don't"s of creating an online dating user name. For one thing, don't choose names containing words with negative associations like "little" or "bug." Additionally, men are drawn to names that indicate something about appearance, like "cute" or "blondie"; meanwhile, women are more likely to respond to words with connotations of intelligence, like "cultured." And no matter who you are, names that start with one of the first 13 letters of the alphabet do better than names starting with the last 13.

And in fact, that might be an even more important consideration than all the rest. Scientists think it might be because things like educational attainment and income are supposedly linked to coming closer to the beginning of the alphabet. Admittedly that's kind of weird, but hey — what are you going to do?

So in light of this, what are some of the worst possible user names you can pick? Well, I can't say anything definitively, but here are some names that, if you're using them, you really might want to rethink that decision.

Not only does it start with "X," but worse, it shows you have terrible taste in movies.

Unless you're trying to drive away potential suitors, don't call yourself ugly, even if you think it's cute and deprecating. Also, it starts with "U."

First off, it starts with "T"; moreover, though, being a "fanatic" might not be something you want to advertise in the world of online dating — and online dating stalkers.

I know it was an Aaron Sorkin show and on HBO, but it wasn't that great, and it's over now. And it starts with "N." So don't make it part of your OKCupid identity, mmmkay?

The fact that Twilight starts with a "T" is the least of its sins. Don't include your love of a book about an unhealthy, codependent relationship in your quest for true love.

If you must put your political affiliations in your online dating name, at least make sure your heroes come a little higher in the alphabet.

I know that "J" comes from the first half of the alphabet, as do the first letters of most words associated with Ayn Rand novels, as it turns out. But never put anything Ayn Rand in your screen name regardless. Rational selfishness doesn't bode well for a solid relationship