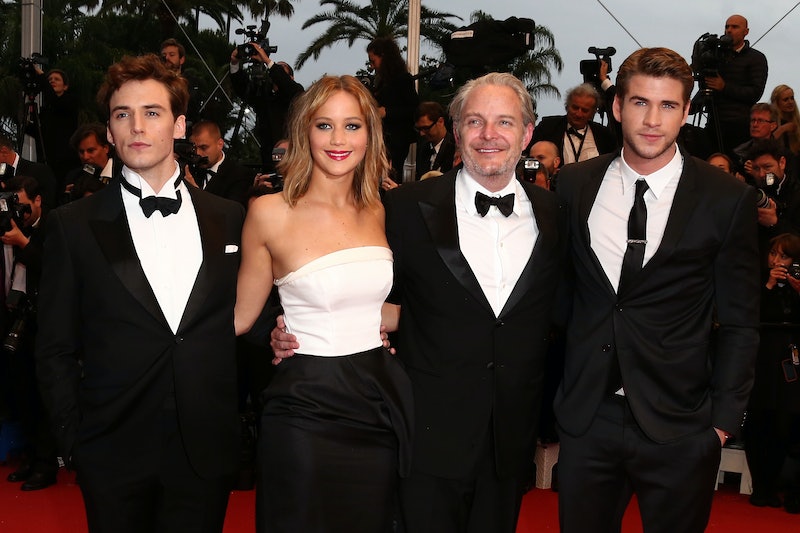 The Hunger Games is about a lot of things. It's about the intersection of the personal and the political, it's a musing on fame, it's an indictment of societies that let most of its citizens live in harsh poverty while government officials indulge in excess, it's about revolution and the sheer power that one human can hold, and it's about the complications of that power. It also happens to include two boys who like the same girl. And according to Catching Fire director Francis Lawrence, that love triangle will be at the forefront of the Hunger Games sequel.

Asked by New York Magazine about the ways in which the first Hunger Games movie may have skimmed away bits of the strategy behind the Peeta-Katniss love story, Lawrence responded: “I felt the same. I felt the love story in general was, um, a bit buried in the first one. I wanted to bring the love story to the surface. And when I say love story, I mean the triangle.”

New York Magazine's concern over the on-screen depiction of the strategy behind the first book's love story is a valid one — Katniss's inner confusion over how much of her romance with Peeta is real and how much is the front she's putting on for the cameras to save their lives is a central part of the books, and it's one that continually adds complexity to Katniss as a character. Whether or not the first film succeeded in showing that is up for debate.

What I'm more curious about is the ways in which this love triangle will become more front and center in Catching Fire, as Lawrence's quote suggests it will. It's somewhat of a highly-strung tightrope he's walking: The second book in the series definitely features Gale Hawthorne much more heavily, and as such, explores his relationship with Katniss much more heavily. Their bond is an important one to the series, and Katniss's struggle between the boy she got to know in the Games and the boy back home is an important one.

But to repeat a refrain that will echo throughout The Hunger Games' entire run through popular culture, this also isn't Twilight; the point is not who she chooses, the point is not Team Gale or Team Peeta. Riding off into the sunset is not the point of this story.

The point is Katniss. The point is this teenage girl who finds herself in an impossibly messy situation, a life and death one at that, that yes, includes these two boys, but also includes her mother and her sister, Haymitch, Cinna, Madge, and every single victim of the Hunger Games, from the past participants to the people who have to watch their kids starve to death or get murdered in the arena.

Francis Lawrence has a big job on his plate, and we're not just talking about the truly gigantic budget. We're choosing at this moment to have faith that an increased focus on the romance of the story will not take away from the genuinely epic tale of one girl's accidental triggering of a revolution. But we'll also be watching very closely.

More like this
10 Must-Read New Books Out This Week
By K.W. Colyard
'The Summer I Turned Pretty' Book Ending Is An Emotional Rollercoaster
By K.W. Colyard
Nina LaCour Had To Grow Up To Write 'Yerba Buena'
By Casey McQuiston
At 14, Bryce Dallas Howard Was Being Grounded From Set
By Olivia-Anne Cleary
Get Even More From Bustle — Sign Up For The Newsletter