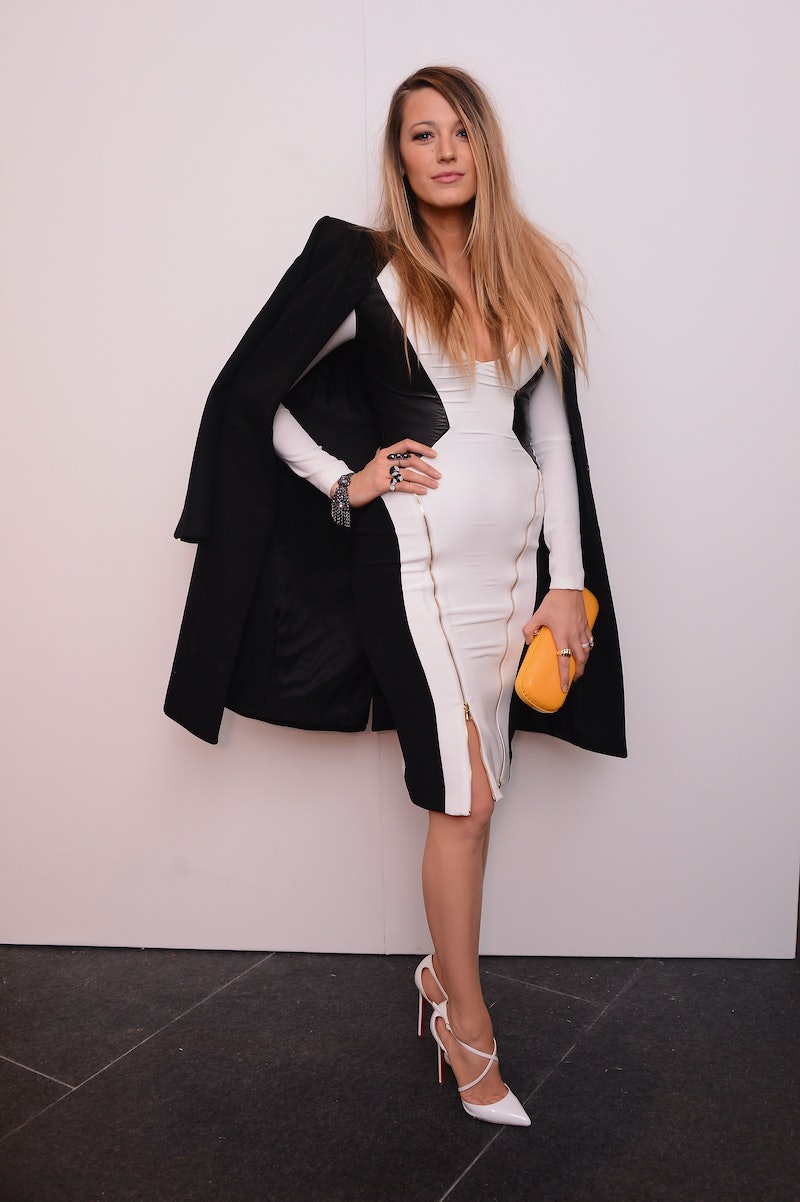 Known for her oh-so-boho-chic pregnancy style, Blake Lively was bound to continue impressing us with her style post-baby. The Age of Adaline star certainly didn't disappoint with her first post-baby appearance. Blake Lively showed up at the Gabriela Cadena fashion show wearing a lovely dress by the designer.

Although she’s still donning a jacket, which is part of what she became known for during her pregnancy, after all, she paired it with a figure hugging color-blocked ensemble. It's clear – she’s not covering up anymore. She’s showing off. And show off she should! She seems to have completely gotten her figure back less than two months after giving birth to her, I’m sure, beautiful baby girl.

Everyone’s been busy speculating about baby names, initially Violet was the one going around, but now, it’s James, which would be a great name, IMO, because it's in keeping with the unisex theme that both Blake and Ryan embody. See, she’s already following in her parent’s stylish footsteps. How adorable!

Lively may have mentioned to People magazine that she’s “always felt like a mama,” but she sure doesn’t look like a new mom! Well, maybe a super stylish one. But, honestly, what else can be expected from her? The actress has been super busy lately, what with the baby, her website Preserve, doing lots of cooking for Valentine’s Day, and obviously, working out? Dieting? What is her secret? All of the above?

Well, whatever it is, I should probably be doing it. All I know for certain is, now that she’s making public appearances again, I can’t wait to see what she’ll wear next!