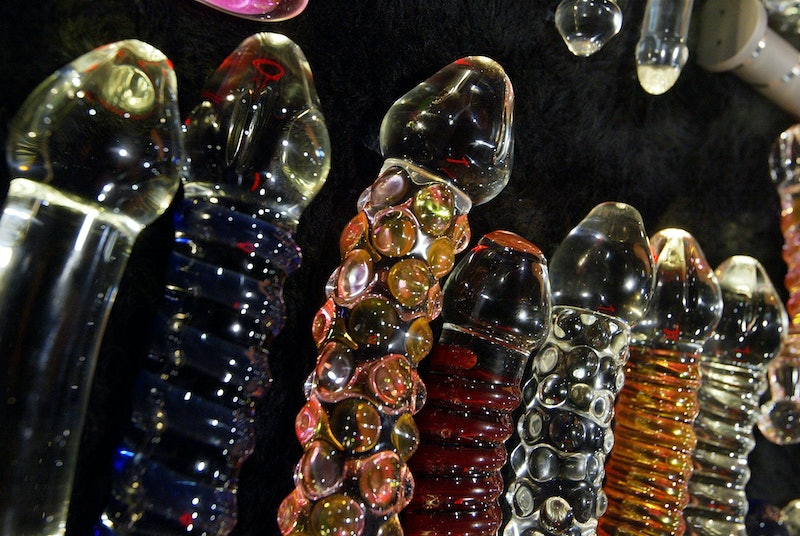 Complex, my favorite hip-hop news source of all time (*Kanye voice* of all time!), has tackled the burning question: What happens if you give your girlfriend a sex toy for Valentine's Day? They had guys present their girlfriends with wrapped gifts (whether the guys were writers, editors, staff members, or just miscellaneous bros they found off the street is not specified), and then they filmed their girlfriends' reactions to opening the sex toys. I'm just going to go ahead and say, spoiler alert: (most of) the reactions were not exactly positive--if they were, I doubt we'd even be watching this video in the first place.

Although it's pretty clear these toys were given more as a prank than an actual gift (and I hope the guys had backup gifts waiting, based on these responses), there were nonetheless some priceless reactions. Here are the ones that made my personal Hall of Fame.

Of all the less-than-enthused reactions, total confusion was the most common. "Is this for you, or for me?" was uttered by more than one of the girlfriends. So I think it's safe to say that if your SO can't even tell if your gift is meant for them, it might be time to go back to the drawing board. Oh and also, don't do that "I bought you this X-box except it's really a gift for me cause we all know I'm going to be the one who actually plays it" thing. That's not nice.

"Yeah, I could use this." BOOM. That's the sign of a healthy couple who talks to each other about their needs and desires. Sadly, this was the only girlfriend who had a positive reaction to her gift.

And my personal favorite...

"Yeah but you know what, you might be in trouble," said my personal hero and unnamed girlfriend. "Cause if I like it, the size is like, very nice, so if I get used to this, then what are you gonna do?" OOOOOOOOOH, KILL EM!!!

Watch the whole video below because I purposefully left out some hilarious reactions. And remember: don't surprise your SO with a sex toy unless you know they will like it! Have a happy, safe, and consensual Valentine's Day!