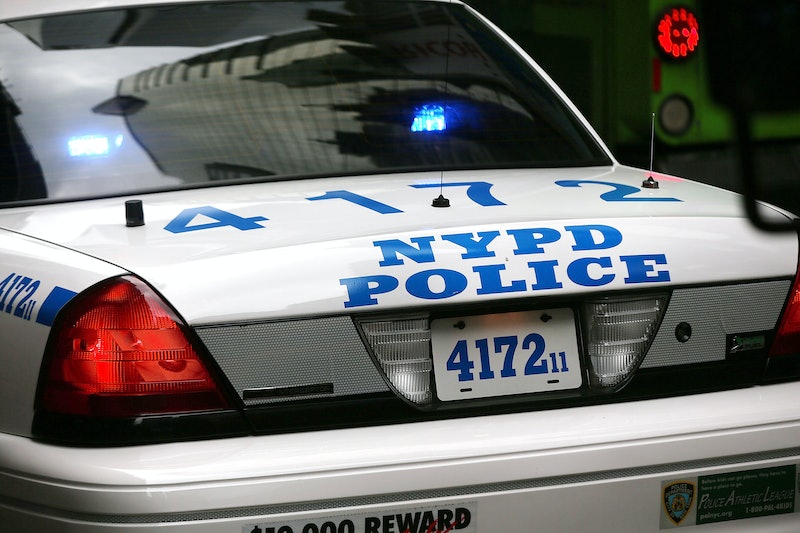 When you read a headline about the homicide rates in a major metropolis, it's usually not great news. But right now, however fleeting it could prove to be, there's been some very good news in the Empire State — New York City hasn't had a homicide in 12 days, making for the longest such stretch on record. The last time a killing was reported in the city was on February 1, as an NYPD representative told CNN, the day of the Super Bowl. But since then, the bustling city has been under an unprecedented streak of relative peace.

It prompts an obvious question — why, and why now? Many observers have settled on the same potential explanation, as detailed by The Guardian: the recent, abysmally cold weather that's beset the city is playing a role, keeping New Yorkers huddled up inside rather than out and about. This possibility was raised by no less than NYPD Commissioner Bill Bratton himself, and its undeniable that harsh conditions have been looming large over the city lately. The cold temperatures (slated to drop below zero degrees on Sunday) have drawn warnings from local and state officials, with both Mayor Bill de Blasio and Governor Andrew Cuomo urging people to stay indoors.

It's important not to get too ahead of ourselves, however. As nice as this is, it also could also end up being negligible in the long run. Regression to the mean is the name of the game, and with the scorching-hot city summer still on the horizon, this happy little streak could be easily overshadowed. It's a fear voiced well by Brooklyn community activist and organizer Tony Herbert, who spoke to CNN.

I'd like to see a full year, but the summer's coming and that's always when the trickle-down effect takes place, so I just don't want to get too excited too soon. I mean, it's grateful, no one's dying and that's appreciated, but let's just wait until the summer gets here, and see what happens.

The record hasn't gone unchallenged, either. On Friday, there was (at the very least) an attempted homicide, one which has left 28-year-old Eric Roman in critical condition. According to The New York Daily News, Roman was shot in the head and rushed to Jamaica Hospital Medical Center. At last reporting, he's alive, but in critical condition. Hopefully he pulls through, and whoever shot him is quickly apprehended — after this brief period of respite, it really sucks to be dragged back to the realities of our violence-addled world.