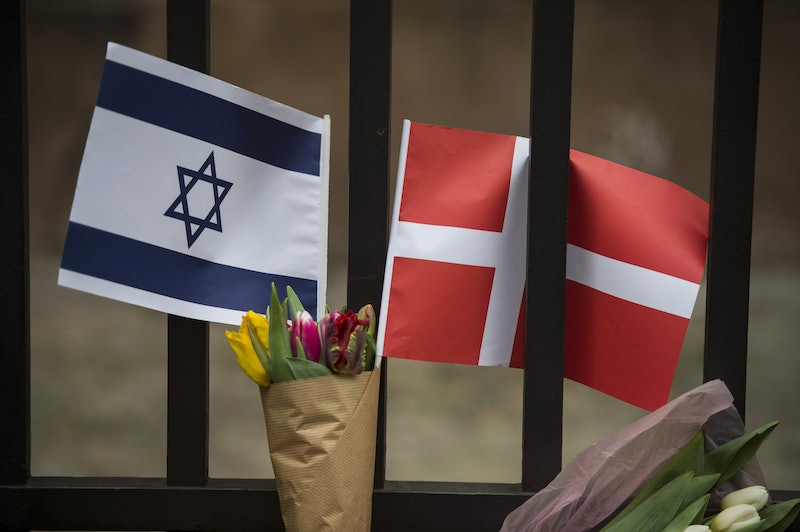 Once considered one of the safest cities in Europe, if not the world, the city of Copenhagen, Denmark, transformed overnight into a somber site of mourning following twin terrorist attacks that have claimed the lives of two and injured at least five more. A manhunt for the suspect involved continued throughout the evening hours, and ended in the shooter's death near Nørrebro station after he opened fire at police officers in the area. But even in the face of the intense tragedy that has gripped the Danish citizenry, sheer humanity has once again prevailed, and moving images of mourning and solidarity poured in from various outlets as Copenhagen begins to pick up the pieces.

A number of photos make palpable the tension in the Danish capital, as police combed the streets on patrol to keep locals safe. Two victims, 55-year-old documentary maker Finn Nørgaard and Jewish community security guard 37-year-old Dan Uzan lost their lives on Saturday, plunging the country into mourning. Standing in stark contrast to images of bullet-riddled glass were memorials that appeared almost instantaneously following the violence, as ordinary citizens paid their respects to those who were wounded or lost their lives as a result of the acts of terrorism. Here are just a few of the images from the scene in the aftermath of the violence.