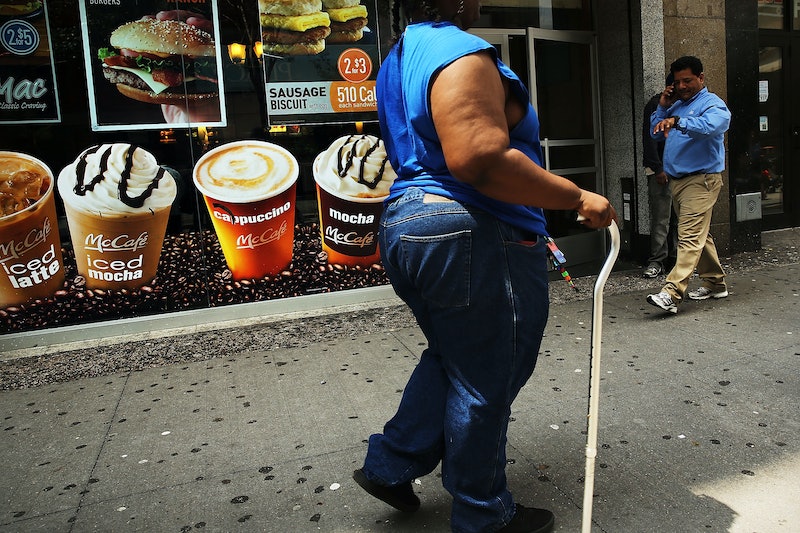 We were kind of surprised to find out they hadn't gotten around to this already. The American Medical Association voted to officially declare obesity a disease on Tuesday, and though it's not a legal authority, the AMA's announcement is sure to have repercussions.

"There are now statistics that this is the first time in the world's history where more people are going to die because of complications of obesity than because of famine," Dr. Mitchell Roslin, Chief of Obesity Surgery at Lenox Hill Hospital told CBS news. Besides contributing to the risk for heart disease and diabetes, Roslin adds that obesity is also the leading cause of infertility, and that "women with breast cancer who are obese have a much lower survival than match people who are not obese."

The AMA's decision to classify obesity as a disease may help the stigma around the condition in American society. In other words, if it's a disease, it's less likely to be viewed as the result of laziness.

In its decision, the AMA didn't address the standards that physicians currently use to determine obesity, which is usually just a body mass index (BMI) of 30 or over. It's proven a problematic measure, so much so that the AMA’s Council on Science and Public Health determined last year that "obesity should not be considered a disease mainly because the measure usually used to define obesity, the body mass index, is simplistic and flawed." Looks like the AMA has a little problem with consistency.

That said, Tuesday's decision may change the way doctors address obesity, and may increase the pressure on insurance companies to pay for some of the treatments. Currently, insurance generally don't cover treatments for obesity.