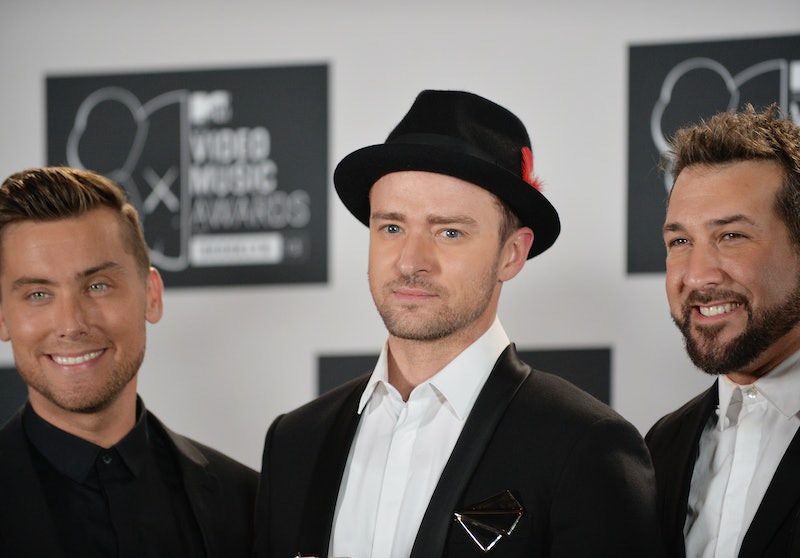 There's already so much to look forward to in Sunday night's Saturday Night Live: 40th Anniversary Special. We've already got Tina Fey, Kanye, Emma Stone, Miley, Taylor Swift, Tom Hanks, and now...an 'N Sync reunion! Though the other guests are confirmed, the 'N Sync rumor seems pretty likely. 'N Sync's official account tweeted on Saturday morning: "'Together again...Gee, it's good to be together again' #SNL40." If this doesn't mean there's a reunion coming, that would be seriously toying with the emotions of the '90s boy bands many hungry fans.

E! has confirmed the news, though other news outlets remain speculative, saying that a Saturday Night Live representative has confirmed the appearance, along with the Backstreet Boys. It certainly fits with the reunion theme, but could this be too good to be true? How much greatness can you fit into a 3-hour special?

As this basically seems like a done deal, it's now up to us to speculate about what their performances will be like. I'm hoping that the bands will borrow from The Lonely Island and do something super goofy with their over-dramatic '90s pop. Or will they manage to incorporate the reunion into a sketch, with someone like Gilly freaking out over the bands?

Whatever it is, I expect that the reunion will be brief. There's simply too much going on in the special for an extended concert; let's keep it short and sweet.