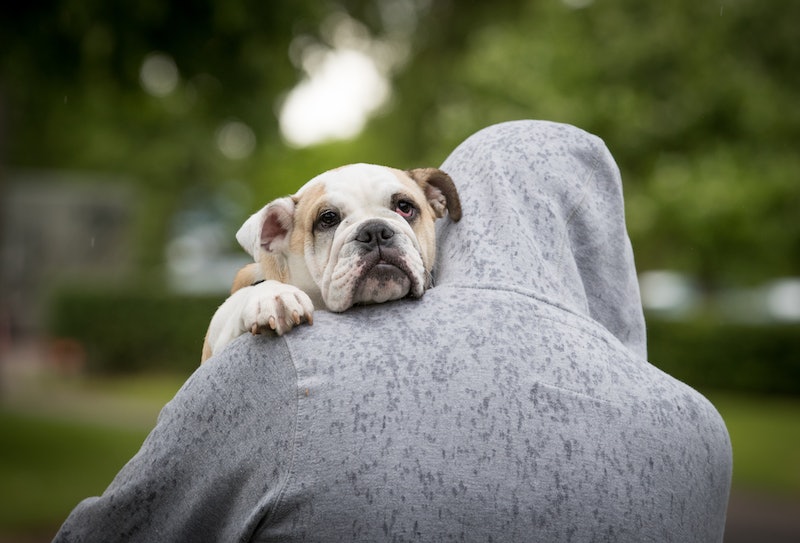 When you’re in a bad mood, it can affect everyone around you — significant others, friends, and apparently, even your pet. According to a recent study conducted by scientists in Vienna, Austria, dogs can tell if your face is angry or happy, which means they might be way more in tune with our emotions than we think.

The study, published in Current Biology, had scientists train a group of pooches to discern between the two expressions by using photographs of people making happy or upset faces. They then tested that ability by using different photos than the ones the dogs had been trained to recognize. The conclusion? Canines can distinguish between the two expressions with 70 to 80 percent accuracy — which means it’s not just by random chance that they recognize the expressions. Your dog can actually tell when you look happy and when you look upset.

How much they actually understand about the mood that lies behind the expression is unclear. But given their keen sense of intuition, it's very likely that they can sense that smiles are good and angry expressions are bad — which might explain why your dog always seems to get extra cuddly and adorable when you’re having a particularly rough day.

In any case, I think the study suggests two things: 1. Dogs are definitely smarter than most of us give them credit for, and 2. Regardless of whether you’re happy or angry, no one makes a better empathizer than your loyal pup! So go ahead and give your pooch a smile. He just wants you to be happy.