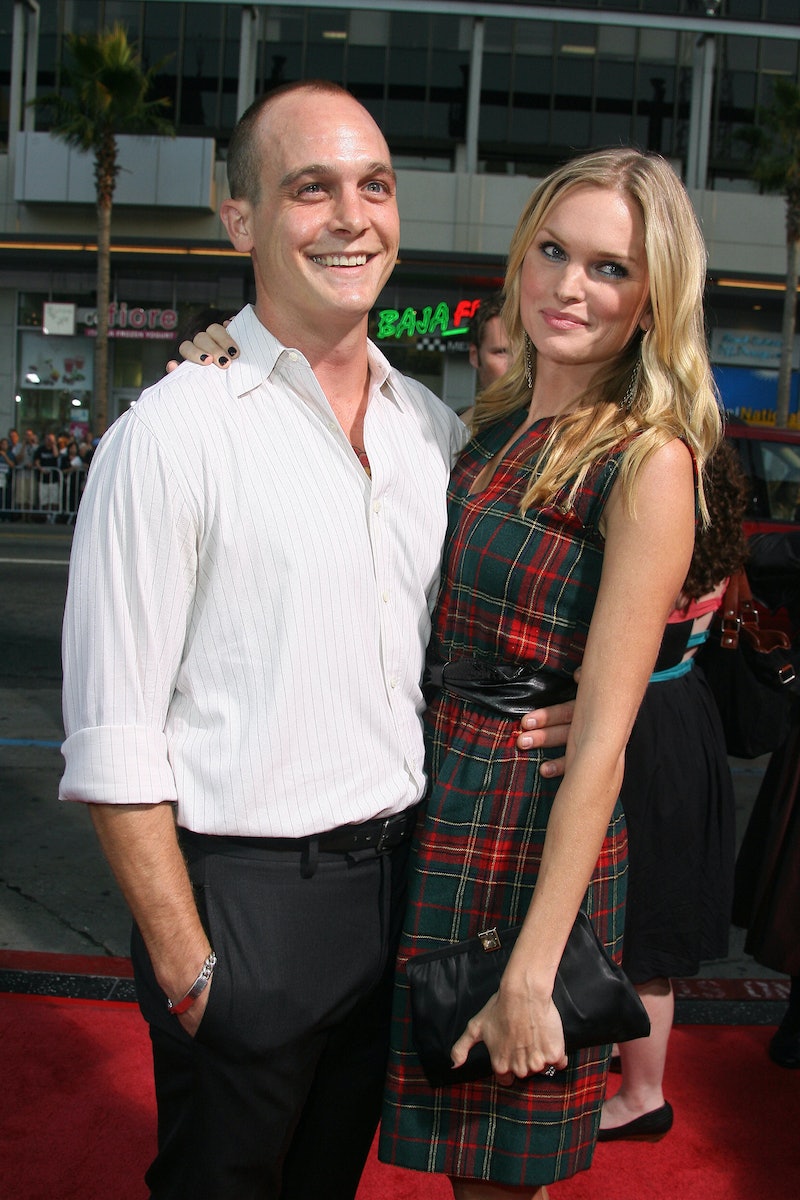 Usually when a couple gets married and later realizes it isn't working, they get a divorce and ultimately end up leading happier lives. Sometimes, people get a divorce and realize they are way unhappier without their spouse, and those people are Brotherhood's Ethan Embry and Sunny Mabrey, who are now engaged. Although they divorced in 2012 after a seven year marriage, they've since gotten back together and have been happily dating. And as of this weekend? Embry and Mabrey have decided to give their relationship another shot. Maybe it was Valentine's Day and all the love in the air, or maybe it was the fact that a little time apart can do a couple good, but they seem to be proving that their former irreconcilable differences can, indeed, be reconciled.

"I finally put the ring back where it belongs!" Embry told People of their engagement, while Mabrey added, "I am very happy and so grateful we found our way back to each other." Okay, how cute is this?

And at Saturday night's Make-Up and Hairstylists' Guild Awards, they made their first appearance as an engaged couple (including plenty of PDA) and Mabrey definitely didn't seem to mind having the opportunity to show off her gorgeous diamond engagement ring. And, of course, what would an engagement be without a little inspiration from Beyonce?