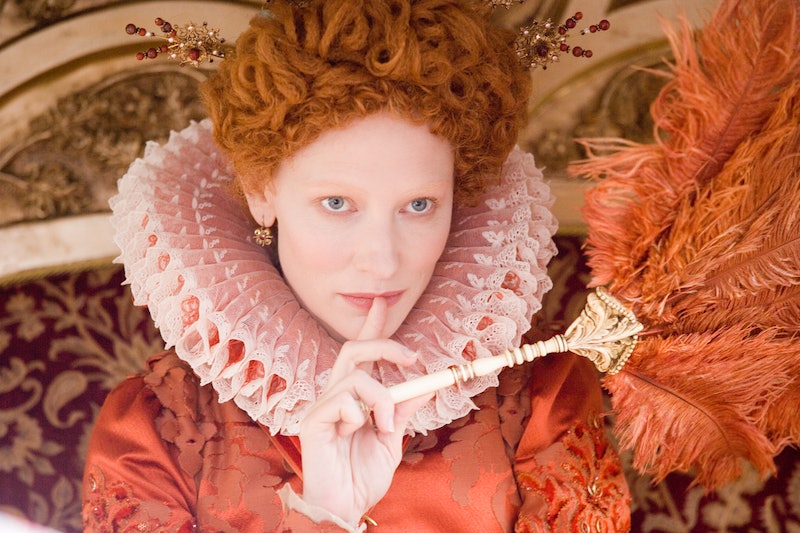 Modern cosmetics aren't entirely free of gross-out ingredients. We've got everything from fish scales to crushed beetles lurking in our lipsticks and nail polishes, and particularly expensive perfumes have a base of ambergris, otherwise known as whale vomit. However, if it makes you feel better, we're only continuing a spectacular human tradition: taking things that are blatantly disgusting and smearing them on our faces to make us look prettier.

Almost every culture that used make-up had an ingredient that was poisonous, harmful, peculiar, or just downright grotesque, and that's not even getting into the shampoos and other beauty products (dead lizards boiled in olive oil were a popular hair conditioning treatment in the 1300s).

It's very easy to look back and laugh at the people who covered themselves in lead and mouse-skin in an attempt to be sophisticated, but bear in mind that they thought they looked amazing. Who cared if they would eventually die or just smell completely disgusting 90 percent of the time? They were the fairest ladies (and men — makeup's gender divide is only a recent thing) in town, and that's all that mattered. And considering we live in an age where people swear up and down that snail slime is the key to beautiful skin, can we really throw stones? Thought not.

Here are 10 of the most disgusting cosmetics and beauty aids in history, just to make you check your foundation's ingredients list for lead one more time.

Everybody from the ancient Romans to the 18th century took white lead — yes, that lead, the one that causes seizures and death — and slapped it on their faces as foundation to look fashionably pale. But it wasn't just confined to people who wanted to be whiter than snow: that Egyptian kohl you think looks so amazing on your Cleopatra Halloween outfit was actually a highly dangerous substance containing copper ore, lead, and soot.

Queen Elizabeth's famous red hair wasn't exactly pain-free. In the absence of henna, her red locks came about through a combination of lead (hello again), quicklime, sulphur, and water. Apparently this smelled acrid and was, unsurprisingly, poisonous.

Want to make your pupils look beautiful and enormous, like a drug addict hit on the head with a spanner? Belladonna, or deadly nightshade (that is clearly a name that indicates it's not meant for fun and games), was used by the Greeks as an eye-drop to make the pupils expand and look seductive. Atropine eyedrops are still used today, but in small doses, because too much can make you go blind.

Want to achieve that clear, pale, probably-going-to-die-soon look? Elizabethan England will come to your rescue with foundation made out of mercury, which has no side affects other than poisoning or making people go mad. Pretty safe, really.

If you were in Mesopotamia in around 3000 BC and wanted some lip plumping, you'd have to call on what was around: bromine mannite (a highly poisonous substance), henna, seaweed, iodine, red clay, and iron oxide, otherwise known as rust. As least it's not as disgusting as Cleopatra's reported recipe, which comprised ants, beetle's blood, and beeswax.

This one's courtesy of the Roman poet Ovid, who may have been joking — but judging from what we've heard so far, it's entirely possible. He describes face masks for anti-aging purposes made from ingredients like mule urine, crocodile poo, deer antlers, bile, and placenta.

This one was perhaps a joke created by satirists, but several plays and cartoons from the 1700s refer to women fashioning false eyebrows out of mouse-skin, including one couplet about catching tomorrow's eyebrows in a trap. This may have been a joke, but it was possibly based on a (furry, disgusting) truth.

Roman women of the upper classes often had their own particular servants, the cosmetae , to make cosmetics for them. Their methods? Dissolving ingredients in their own saliva to be put in separate pretty jars. How ... nice.

Ever wondered how the massive white wigs of Marie Antoinette and 18th century women were maintained without hairspray? They were put up on a massive wooden frame, and held together with lard. Yep. Apparently, bear lard was quite common. Unsurprisingly, this led other animals to be very interested in them, and there are records of several women having miscarriages or shocks because rats and mice suddenly fell out of their 3-foot-high confections.

This is it, the most disgusting one. Nightingale droppings, or uguisu no fun , have such a special role in Japanese cosmetics that they've been part of geisha facial beauty rituals for centuries. It was used as a facial cleanser by geisha (and monks used it to polish their scalps). These days, as part of a long-standing tradition, it can still be used as a face powder or added to rice bran as an exfoliator.