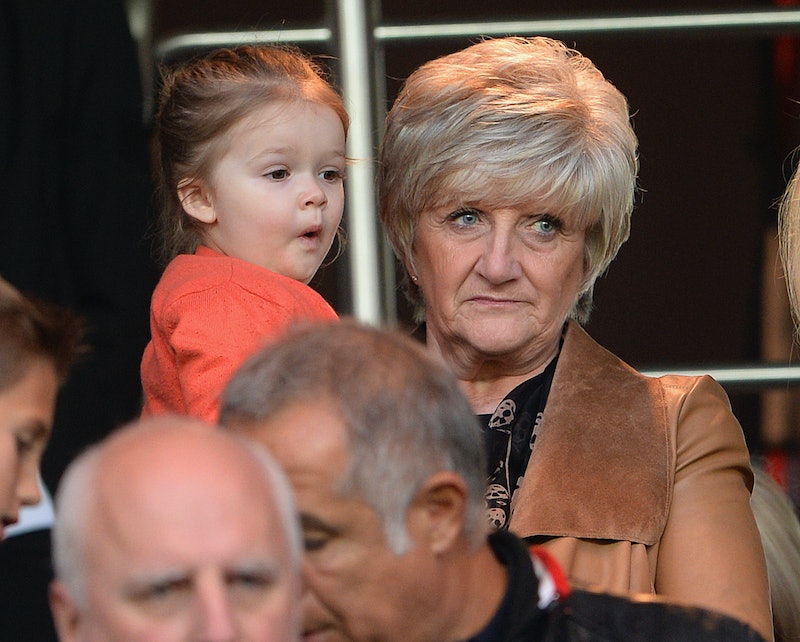 If you're going to bring a toddler to sit in the front row at New York Fashion Week, this is how they should behave. Harper Beckham attended mom Victoria Beckham's NYFW show, and the three-year-old tot showed off a new hairstyle and some seriously angelic fashion show behavior. Take notes, North West.

Sunday morning, David Beckham brought out his brood, Brooklyn, Romeo, Cruz, and Harper, to sit front row, (next to Anna Wintour) in support of Victoria's fall 2015 collection. And miss Harper was as perfectly polished as you'd expect from Posh's daughter. She sat on her dad's lap watching the show, snapping pictures on David's camera of the runway, and posing for selfies with her brothers. Though it's probably only a matter of time before she's posing for real photographers or strutting down a runway herself, because the youngest Beckham has grown up considerably since we last saw her, and she is quite the stunner. With long, straight hair and a black dress with a white collar, she is clearly one chic three-year-old (who is just as genetically gifted as her brothers, but that's really no surprise). And her A+ front row decorum certainly adds some points, too.