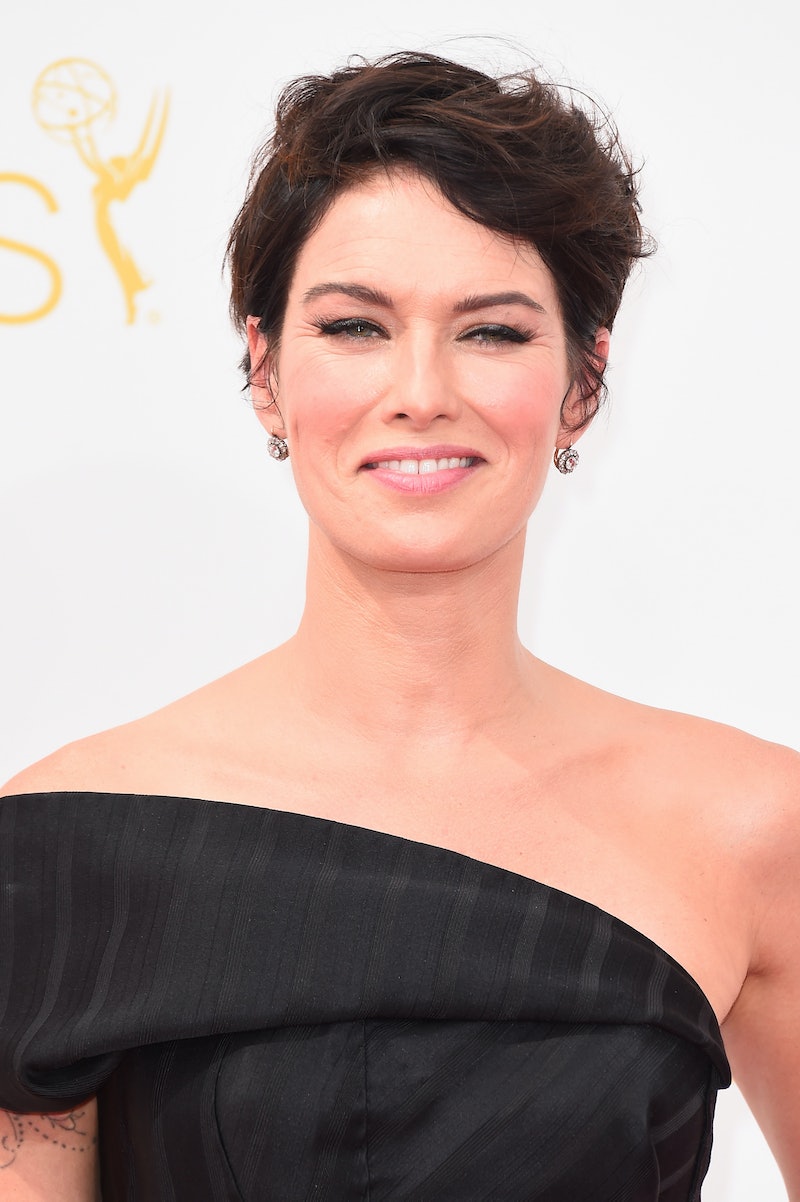 It'd probably be prudent of Game of Thrones Cersei Lannister to never procreate ever again, for a couple of reasons. One, she only does it with her twin brother. And two, the other reason is actually pretty self explanatory, *cough* Joffrey *cough*. But, just because Cersei needs to put a halt on the baby production, doesn't mean that her real life alter ego should. And, it's a good thing, because as it turns out, she is! Lena Headey is pregnant and as The Hollywood Reporter relays, she made her baby news official to People magazine in a total bad ass way, saying:

I'm happy to confirm that I’m having my second child this summer. I only hope that this announcement can help me to regain some of the privacy I have recently lost to prying photographers and ask that they please respect my privacy and let me enjoy this time.

That's a solid and totally warranted paparazzi dig if I've ever heard one. It looks like she's taken a few lines from Cersei's book of biting yet tactful warnings. Who could blame her, though? Headey's pregnant and has a 4-year-old son and she's protective of her expanding brood. Here's hoping that her announcement has the desired effect and she gets that privacy she so sorely wants.