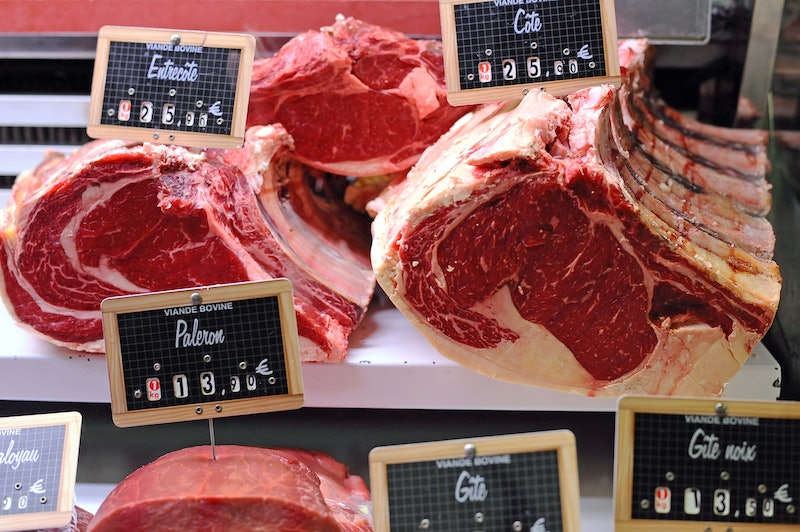 While debating a bill that would restrict gun ownership for those convicted of domestic violence, South Carolina state senator Tom Corbin declared women were a "lesser cut of meat." Sen. Tom Corbin, a Republican, told the AP he was just joking, and ham-fistedly tried to explain that he and other colleagues in the Senate were eating a rack of ribs when he made the remark. (Geddit?) See, it was a Biblical reference, you know, the whole bit about Eve being made from Adam's rib? Come on, get a sense of humor, ladies! And learn your Bible, already!

Well, you know God created man first. Then he took the rib out of man to make woman. And you know, a rib is a lesser cut of meat.

"We were all joking and laughing," Corbin told the AP. "We cut up together." He also made a remark to Shealy that he "got her wearing shoes," because, you see, women should be barefoot and knocked up at all times.

Shealy (who wears shoes and everything) does not think Corbin's remarks were funny, the AP reported, but said it's in keeping with previous sexist comments he's made.

The best (or worst) part of this whole story is that Corbin made the comments during a disagreement with Shealy over a bill that bans possession of a gun for ten years by anyone convicted of criminal domestic violence. Anyone who is the subject of a protective restraining order would also be banned from owning a gun.

Guess which side of the debate Corbin is on? Go on, guess whether he thinks gun ownership or protecting women from violence is a higher priority.

Well, Corbin told Greenville Online he supports other parts of the bill, but doesn't think a restraining order is a good reason to mess with someone's Second Amendment rights.

So, to review: It's OK to be a sexist pig in South Carolina because women are lesser, and, the state has only one female state senator. Guess what else South Carolina has? If you guessed an inordinately high rate of violence against women, you'd be correct. According to the Violence Policy Center, in 2014 South Carolina had the highest number of women killed by men, and it's made it somewhere on the top ten of that list for the past 15 years.

But, listen, Corbin told the AP that Shealy teases him for being fat and bald, so his remarks basically equate to harmless banter. She's trying to make him out to be a "woman-hater," he told the AP, adding, "If it bothers her, I’ll quit joking around with her."