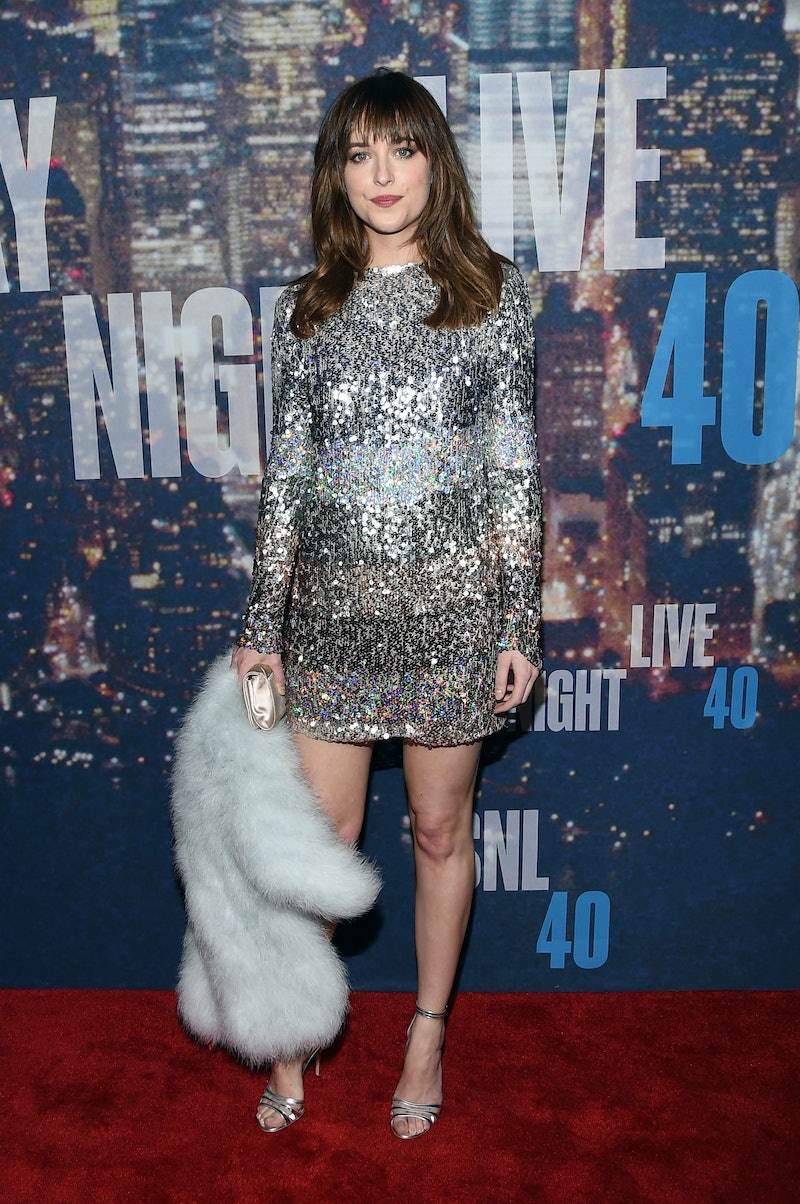 If you've seen Fifty Shades of Grey, you were probably pleasantly surprised to find that the lead actress Dakota Johnson brings a sense of humor to the otherwise very serious romantic film. I'd even go as far to say that her acting made the movie. Instantly, I wanted more Dakota Johnson, and so does Saturday Night Live apparently, since she announced on SNL 40 that she would be hosting the show on Feb. 28.

During a Q&A segment hosted by comedian Jerry Seinfeld, Johnson stood up in the audience and asked Seinfeld what she can expect during her new hosting gig. Seinfeld explained to her that you have to completely surrender yourself to the show and give up complete control. Sound familiar? Well it did to Johnson, as she said that it's just a normal show for her. Already, she's so funny!

Although Johnson's most recent role as Anastasia Steele isn't originally a comedic character, she has been in quite a few comedic roles in the past. Johnson has appeared in Ben & Kate, 21 Jump Street, and The Office, all of which have surely prepped her for a gig like hosting Saturday Night Live. Plus, we can pretty much be assured a Fifty Shades of Grey parody, because those never get old.

No musical guest has been announced for Johnson's Feb. 28 episode.