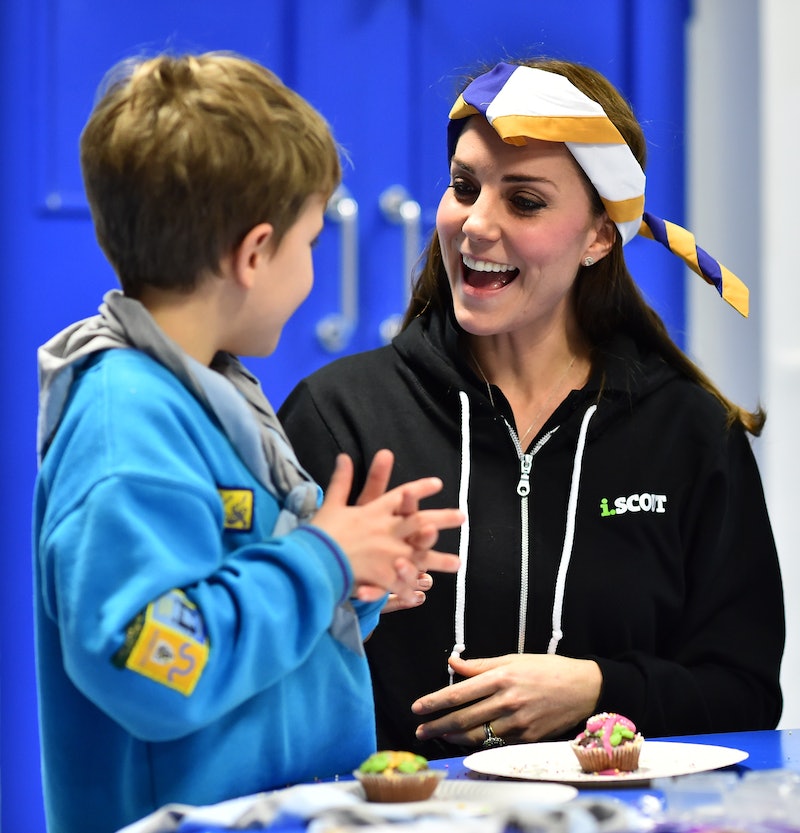 The Duchess of Cambridge doesn't actually speak up a whole lot, but, when she does, she tries to pick important topics to talk about. Case in point: Kate Middleton's newest PSA for children's mental health. It's the Duchess' second ever charity video, and she picked a very crucial subject to speak about. The PSA is in support of Children's Mental Health Week in the UK, and Place2Be in particular, which works on helping school-aged children deal with everything from bullying to depression.

But beyond Middleton just recognizing the charity's work, her words were really on point. All too often mental health is ignored and treated as less of a problem than more physical ailments. But Middleton wants that stigma to end. "No one would feel embarrassed about seeking help for a child if they broke their arm," she says. "And we really should be equally ready to support a child coping with emotional difficulties."

They may be kids, but even young people have big issues to deal with too. Middleton says she's seen young children struggling with "serious issues such as anxiety, depression, addiction and self-harm." But, fortunately, charities like Place2Be are stepping in to help children overcome their obstacles, and now their work has been boosted to international attention thanks to Middleton.

Just because you can't always see someone is struggling with mental illness doesn't mean it doesn't exist. As Middleton says, "We need to help young people and their parents understand that it's not a sign of weakness to ask for help. A child's mental health is just as important as their physical health and deserves the same quality of support."

I'm glad someone as recognizable as Kate Middleton is spreading that knowledge because people need to hear it. She's advocating for something so important, and yet so frequently misunderstood. Now hopefully everyone will actually listen. Check out the PSA below.