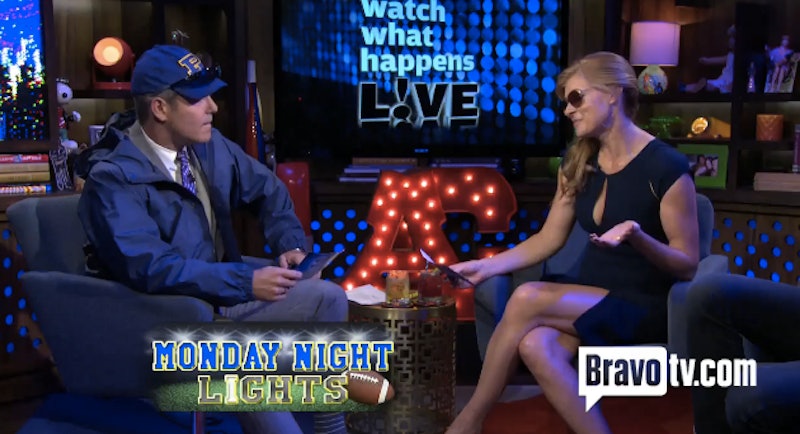 It's moments like these that make us realize that, you know? Sometimes life isn't all that bad. On Bravo's Watch What Happens Live Monday night, our two favorite people, Connie Britton and Andy Cohen, sat down and talked about our two favorite things, Connie Britton and Friday Night Lights . Ostensibly on the late night talk show to promote Season 2 of Nashville, Britton wasn't allowed to forget about her FNL roots. And for that, we owe Andy a big, giant, hug.

Plus, he even got Britton to divulge a little known fact about her sex scenes, or lack there of, with Kyle Chandler. On FNL, the Taylors were the best married couple on TV, but turns out, someone had a little problem playing pretend in the bedroom.

When a caller asked Britton what it was like to kiss Chandler, she revealed that our beloved Coach T. became extremely embarrassed when it came time for any of the lovey-dovey parts. In fact, Season 2 was supposed to open with a Tami-Coach sex scene, but apparently, Chandler was so uncomfortable filming the bit that the producers deemed the footage unusable, and cut it out of the show.

From then on, Friday Night Lights wouldn't attempt another Taylor-couple love scene, and we now know who to blame. Damn you, Chandler. You couldn't have pulled it together for us? That stings.

Just when you thought you could stop blaming Chandler for all your FNL related problems, Britton revealed yet another disturbing fact. When it comes to a Friday Night Lights movie based on the TV show, Britton's all in, but someone — COUGH COUGH COACH T. — isn't. Believe it or not, Chandler isn't that into reprising his role, which may be the reason we'll never get the FNL feature film we so desperately want.

THANKS FOR NOTHING KYLE CHANDLER.

But I can't stay mad at him. One look at those hooded eyes and that windbreaker and all's forgiven.

Watch the whole episode if you can (oh, by the way, Zachary Quinto was on the show, too), but here are some choice clips that you need to see below. Clear eyes, everybody. Clear. Eyes.

Watch Britton talk about the lack of sex scenes: 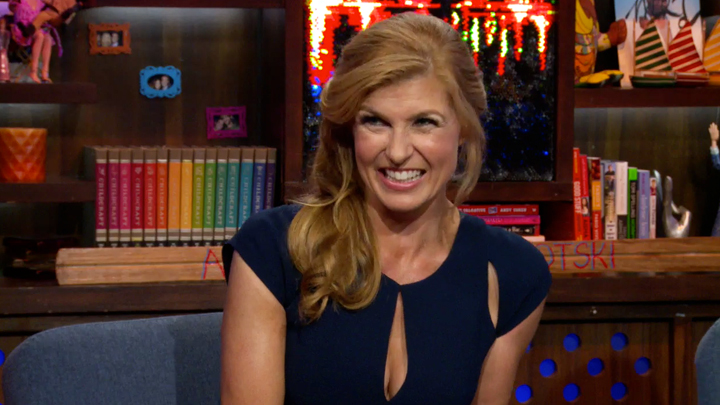 Watch Britton talk about Chandler's lack of interest in an FNL movie: 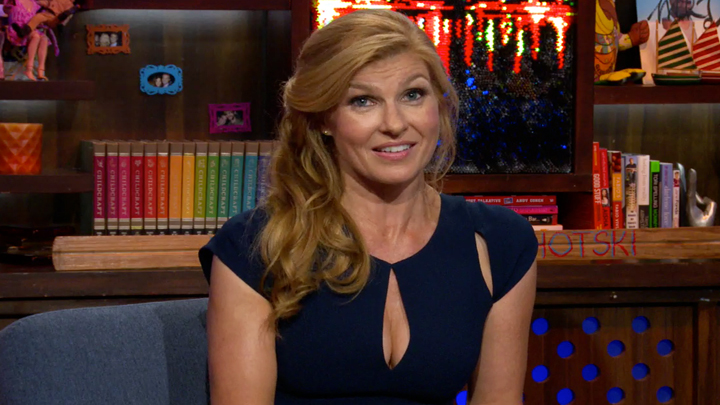 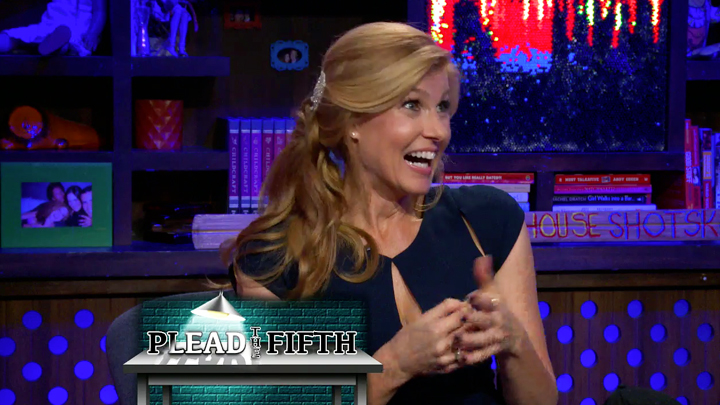